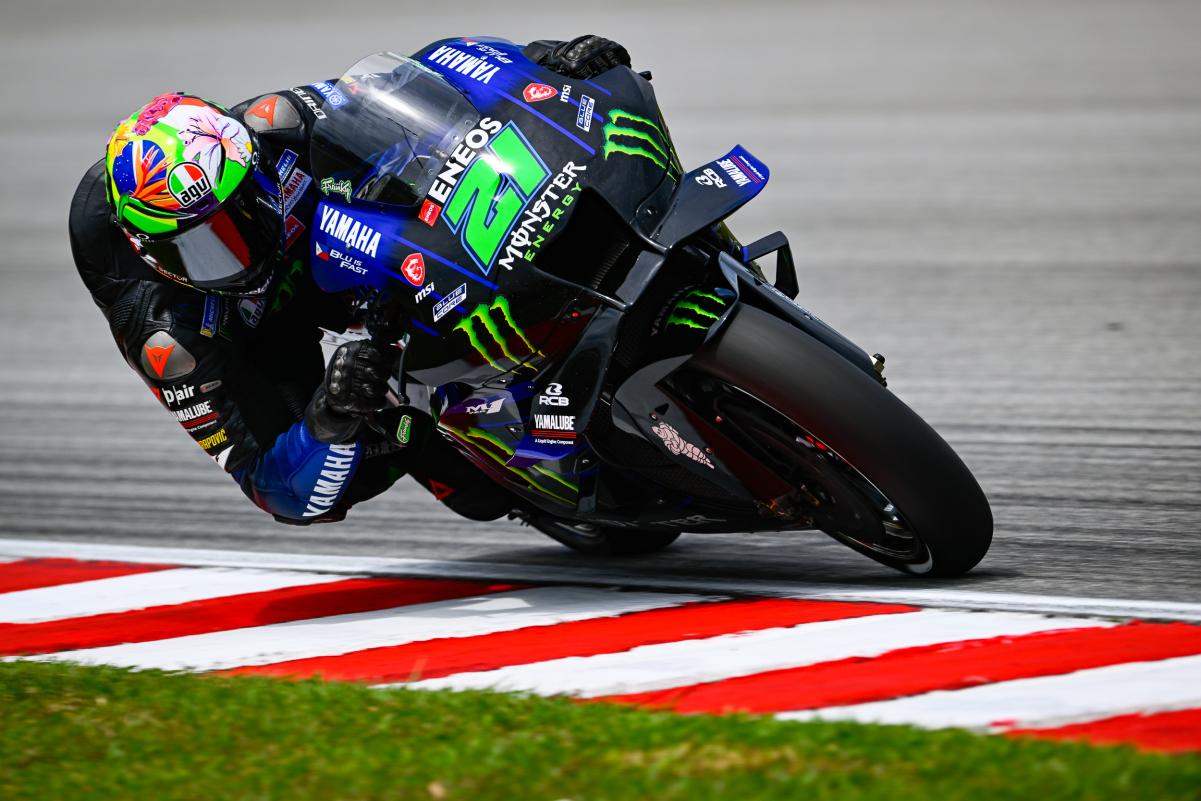 Yamaha boss Massimo Meregalli expects Franco Morbidelli to sustain his upturn in pace at the Malaysian Grand Prix when the MotoGP season finale takes place this weekend at Valencia.

Morbidelli made Qualifying 2 for just the fourth time this year at Sepang and converted that into a season-best seventh on the starting grid.

He would finish 11th, his equal-second-best result of 2022, despite a three-second time penalty for final-lap contact with Aleix Espargaro and a double long lap penalty which he served earlier in the race.

The Italian had finished second in the 2020 season but slipped to 19th in an injury-affected 2021 campaign and, until Malaysia, had hardly shown any semblance of his best form this year.

“I … expect Franky to start this GP on the same level as he finished the previous one,” said Meregalli, Monster Energy Yamaha’s Team Director.

“He made a big step in Malaysia: his race pace was strong, but his race result was compromised by the double long lap penalty.

“I’m eager to see him battle more towards the front this weekend.”

Morbidelli himself remarked, “We had a good weekend overall in Malaysia.

“It was a shame that the long lap penalties set me back, because my pace was good.

“This has given my crew and me an extra boost for this weekend in Valencia.

“It is not an easy track though, and in fact completely different from Sepang.

“But we will try our best to keep the positive trajectory going and end the season on a high note.”

The spotlight will, of course, be on Morbidelli’s team-mate Fabio Quartararo, who is an outside chance of consecutive riders’ titles.

The Frenchman must win and hope that Francesco Bagnaia does not finish 14th or better in order to overhaul the Ducati rider.

Practice at the Circuit Ricardo Tormo starts on Friday.