The Jets rookies gathered today at the IcePlex for their first official skate to kick off the start of rookie camp. From familiar faces like 2020 1st rounder Cole Perfetti to newly drafted prospects from the draft in Montreal including Brad Lambert (1st), Danny Zhilkin (3rd) and Domenic Divincentiis (7th).

Another face folks have been curious about is 2021 first rounder Chaz Lucius who signed his ELC with Winnipeg this summer. After dealing with a frustrating season in college he has options in 2022-23 as he could play in the NHL with Winnipeg, the AHL with Manitoba or the WHL with Seattle. 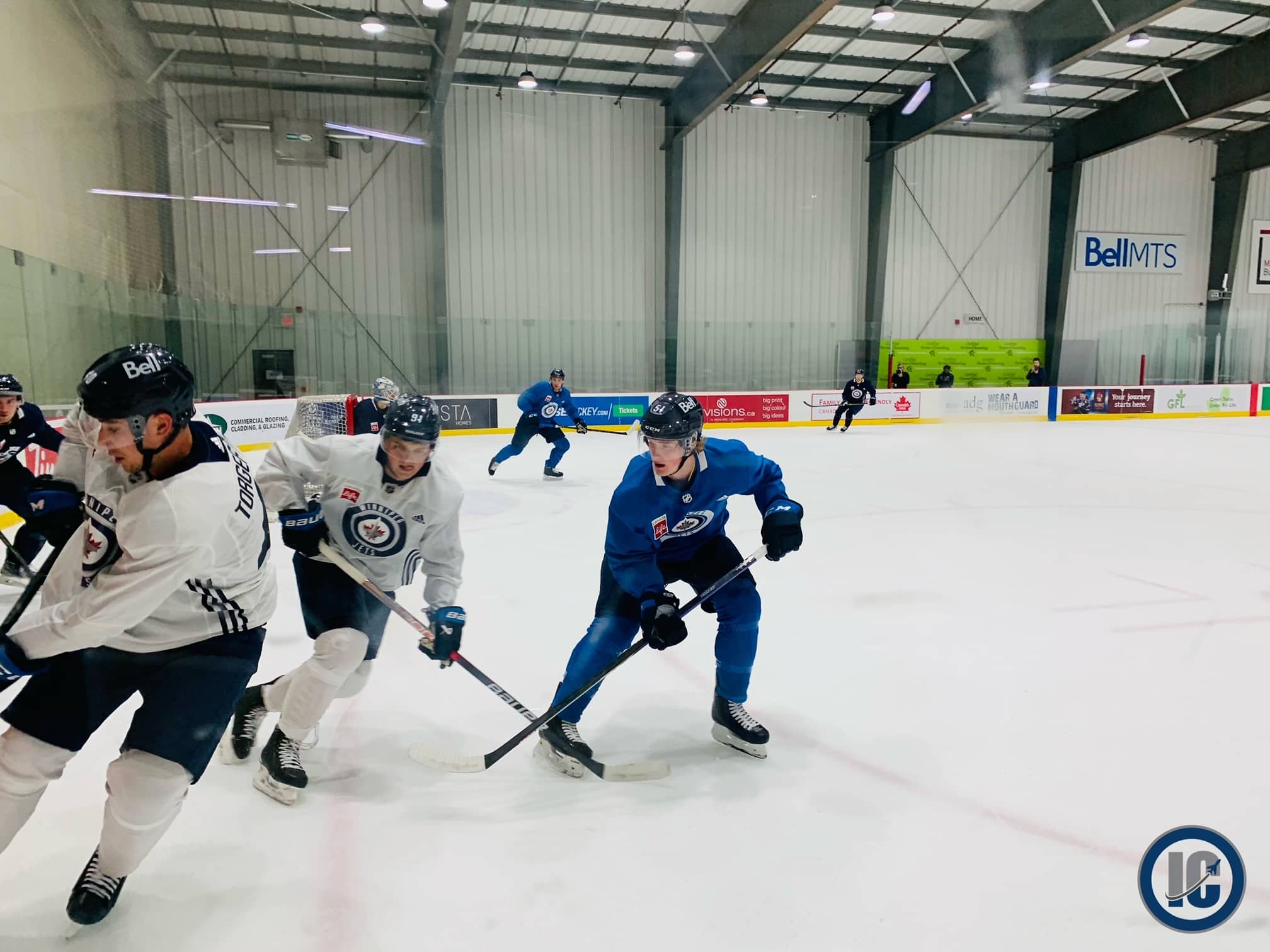 The camp is being run by Moose head coach Mark Morrison as well as by his assistants Eric Dubois and Nolan Baumgartner. Jets development coach Mike Keane was also on the ice today.

For those curious about the lines, while I was in attendance I didn’t pay close enough attention to notice, however that is where Mike McIntyre of the Winnipeg Free Press helps out as he had them as follows:

Worth noting that Tyrel Bauer was in a yellow, non-contact uniform but that just means he wasn’t taking contact. He was still giving it out. No surprise there.

The rookies fly to Penticton, BC where they will get ready to face the Flames rookies on Friday.

Mitch Marner is on some kind of heater