The Philadelphia Eagles are the last undefeated team in the NFL, but don’t discuss it with their starting quarterback. You’ve heard about the agony of defeat. Jalen Hurts practices the agony of victory.

His postgame news conferences are a mixtape of “the standard not being met,” leaving “money on the table” and “not being satisfied.” This is intentional, of course, and Hurts allows for an unrestrained roar at the finale of his locker room speeches. But it only comes after he lectures teammates with similar (albeit more colorful) talking points.

So it begs the question: In Hurts’ life, has he ever walked off the field feeling like a student acing an exam?

Hurts has played games that even his detractors would concede are worth celebrating. He’s a bona fide MVP candidate. He won NFC Offensive Player of the Month in September. Yet he seems perpetually unsatisfied. 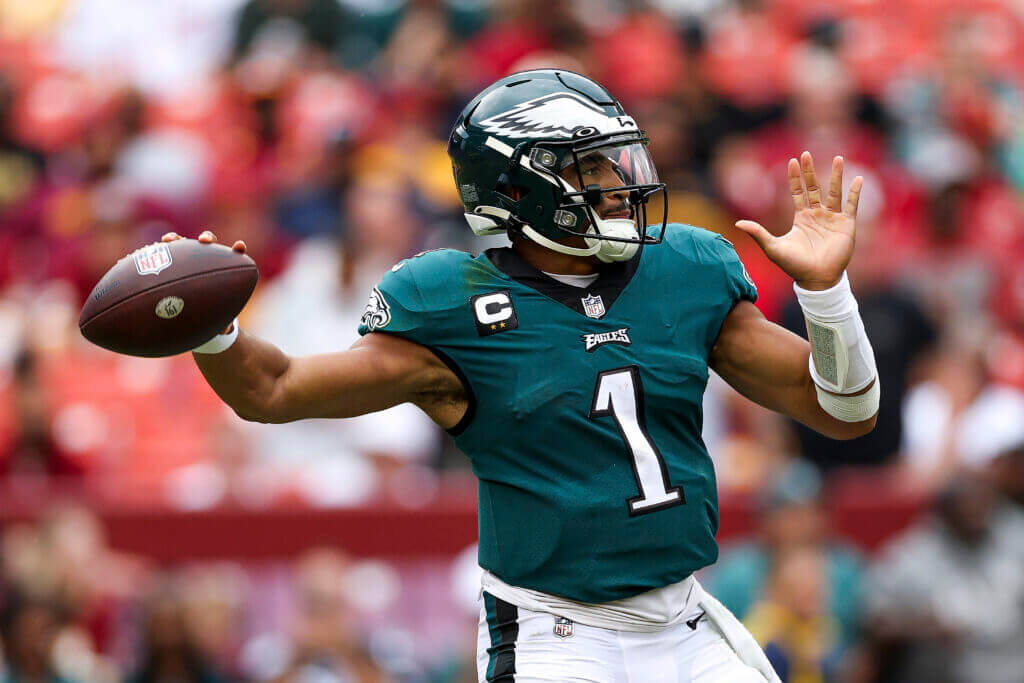 This is not a dig at Hurts; it’s an acknowledgment that his intent is noticed. As he recently explained, he’s “obsessed with playing to my standard.” When asked if he’ll ever allow himself to reach the standard, he suggested that it’s not a mark to hit as much as it is the process of trying to reach the unreachable.

“It’s an ongoing journey,” Hurts said. “If you think one day you arrived, you won’t. There is no arrival. There’s only the journey.”

But the 24-year-old also knows what goes into winning a game — the amount of manpower and brainpower allocated to a singular result and just how much it matters to so many people. That’s why the Eagles quarterback acknowledged that he’s seeking the sweet spot between appreciating a victory without wallowing in contentment.

“It’s very hard to win in this league, and that’s the balance I have to obtain — in knowing how hard it is, but also being eager and hungry to want more,” Hurts said. “When you have self-disappointment, that’s a breed to self-improvement.”

This might sound like something out of a self-help book, but it’s partly the reason the Eagles are 6-0. (One of the NFL’s best rosters and the league’s best turnover differential might matter more.) It’s helped Hurts improve each season, from Alabama to Oklahoma to his rookie year with the Eagles to Year 1 with Nick Sirianni to the leap he’s made in 2022. But Hurts does not aspire to be perfect. He aspires to perfect.

There’s been a version of an answer about falling short of the standard after every game this season. It received the most attention following the Eagles’ Week 5 win over Arizona when Hurts responded to a question about Philadelphia’s undefeated record with a reply seldomly heard from someone who just reached 5-0: “I personally, honest, I hate hearing 5-0.”

His explanation was that “the process” is what matters — a statement that would draw nods from Sixers fans of a certain age.

Sirianni noted that this “isn’t Jalen’s first rodeo” with an undefeated record. As a freshman at Alabama, Hurts was the starting quarterback on a team that went 14-0 before losing in the national championship. As a sophomore, his team started 11-0. He was a backup in 2018 when the Crimson Tide again started 14-0. During his lone year at Oklahoma, the Sooners opened the season 7-0.

Based on his college experience, what the Eagles are doing isn’t that impressive. They’ve barely finished their appetizers.

Ever seen Nick Saban after a victory? Hurts and Saban are kindred spirits.

“He understands the next game is the most important one,” Sirianni said. “That’s exactly what we preach as coaches and our players preach in the sense of, hey, does 5-0 feel good? Yeah. You want 6-0 to happen? Then you better do everything you need to do in that week to ramp up for it. We can’t control what’s happened in the past, we can’t control what’s happening way in the future. All we can control is the moment we’re in now. So go attack the day and be hungry and humble.”

Hurts’ approach is not merely for public messaging. Listen to his postgame speeches, which the team posts online, and Hurts shares his talking points with teammates. The same spiel about the standard was expressed in the locker room during Week 1 in Detroit. The phrase “leaving money on the table” was uttered minutes after the Eagles’ win over Dallas. 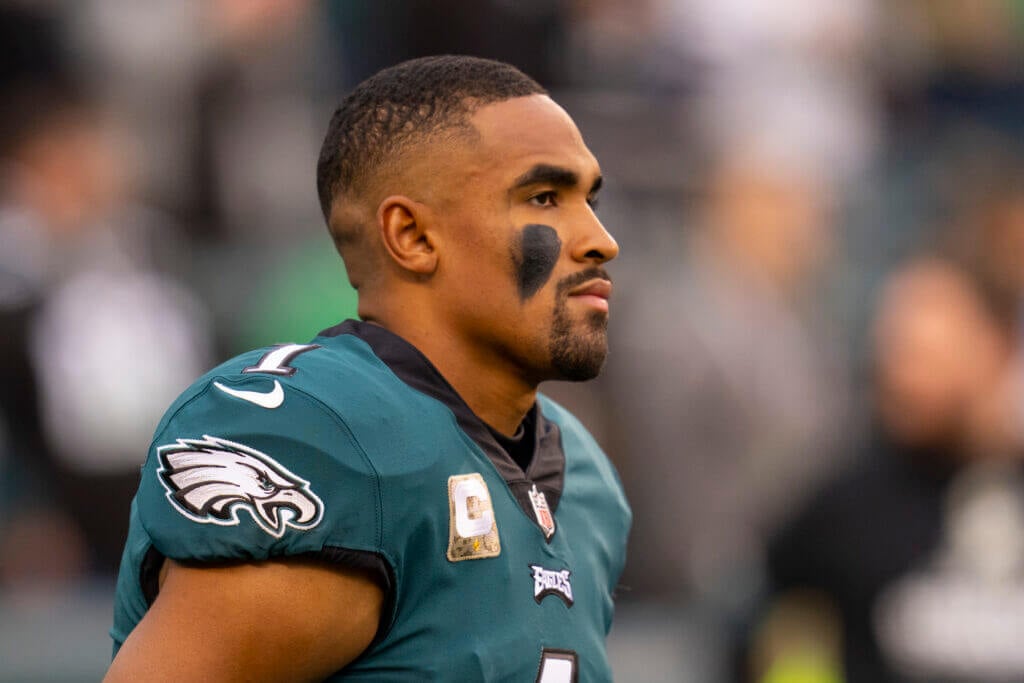 Jalen Hurts may be under pressure this season, but his face won’t show it

The difference is how Hurts ends those speeches. After his comments, you’ll see a wide smile appear from someone who says he keeps the “same face” at all times. He flexes his arms, and in so many words, shouts for his teammates to enjoy the victory while he’s being embraced.

Hurts’ word choice during this answer, like much he does, seemed intentional. A victory is “pleasant,” which is as far as he’s willing to go. It’s not fulfilling. It’s not even satisfying.

Maybe the satisfaction would come if the Eagles win their “last game,” a reference to a championship. And maybe not even then.

“Enough is never enough,” Hurts said. “It’s always going to be that way. For me, win, lose or draw, the process remains the same.”