Lexi Thompson won for the first time in three years at the Aramco Team Series event at Trump Golf Links Ferry Point. The victory certainly meant plenty to Thompson, who last won at the 2019 ShopRite LPGA Classic and has suffered a number of heartbreaking losses.

But what does it mean for the LPGA?

There are six events on the Ladies European Tour schedule that are sponsored by Golf Saudi and the Public Investment Fund (PIF). The Aramco Team Series and it’s $1 million purses have no doubt added a significant amount of money to the LET schedule, where it’s tough to make a living. Only 29 players have made over 100,000 euros so far this season, and that’s without travel costs and other team/caddie expenses.

The Aramco events are not official LPGA events, but the LPGA did enter into a joint venture with the LET in 2019.

From a financial standpoint, it’s lucrative for LPGA players to compete in Aramco events, even if the purses are smaller than those on the LPGA. Organizers offer appearance fees to LPGA players, a rare occurrence in the women’s game. The events also carry world ranking points.

Several of the top stars who competed in the Aramco event in New York did not compete in the LPGA event that preceded it in California, nor will they be in the field at this week’s BMW Ladies Championship in South Korea or two weeks later in Japan.

It’s worth noting that with the Taiwan event gone from the schedule, there’s a week off between the events in South Korea and Japan, making it a tough Asian swing.

Still, some of the big names at Aramco won’t be playing on the LPGA again until the Pelican Women’s Championship in mid-November. That’s a six-week break from the LPGA.

LIV Golf CEO Greg Norman has made it clear that they’re interested in a women’s tour. LPGA commissioner Mollie Marcoux Samaan has said that she will meet with LIV. What comes of those conversations remains unknown, but it’s clear from the field in New York – and many previous Aramco fields – that LPGA stars are comfortable taking money from Saudi Arabia. In some cases, they’re comfortable enough to wear the Aramco and Golf Saudi logos.

Last week at Ferry Point, Lexi Thompson was asked during a press conference if, given the backlash that has occurred with LIV Golf, LET and LPGA players should face similar scrutiny, especially given Saudi Arabia’s history of human rights abuses toward women.

“I would say that without the support of Aramco, LET would not be as strong as it is today,” said Thompson. “And I think they are growing the game of golf in women’s golf, and I think that if you speak to any of the Ladies European Tour players, they are extremely grateful for this opportunity, and I think that’s what Aramco is trying to do. They are trying to grow the women’s game, and I support that fully.” 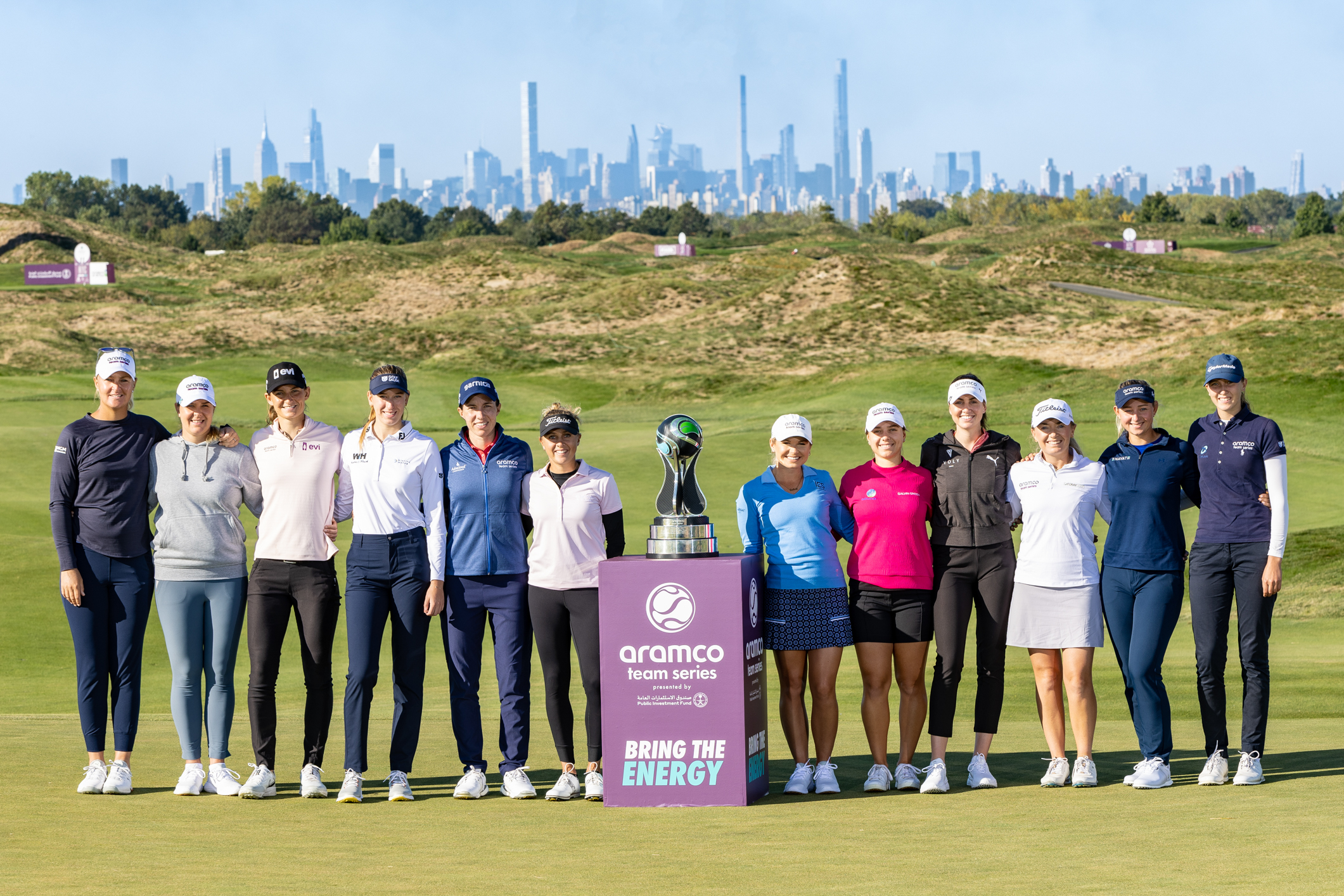 LPGA and LET players who are sponsored by Golf Saudi pose for a photo ahead of the New York event.

Both Thompson and Korda were also asked for their thoughts on becoming involved with LIV, should the opportunity present itself.

Added Thompson: “Exactly. All we are doing is focusing on the LPGA tour and what we are playing. No opportunities have been brought upon us or the tour, so I know Mollie said that she would have conversations, but that’s not in our control. We are just doing what we can on our tour.”

An open letter to the @LPGA Commissioner, Board of Directors, and Players — pleading them not to embolden MBS by potentially aligning with LIV Golf.

Please, don’t do it. pic.twitter.com/V0Ht9i9u9U

Prior to the start of the Aramco event in New York, activist Lina Alhathloul posted an open letter to the LPGA commissioner, board of directors and players, urging them to distance themselves from the Saudi regime.

In the letter, Alhathloul described the abuse her sister, Loujain, a prominent activist in Saudi Arabia, has faced – being kidnapped off the streets and deported back to Saudi Arabia where she was held in prison and tortured.

“Now, I understand that you might believe that your involvement with such a country could positively impact their fate, but given the present context,” Alhathloul wrote, “your participation in events hosted by the Crown Prince will only help rehabilitate him and cover up all the violations. In fact, I am sounding the alarm on the consequences of such events, which form part of the authorities’ strategy to use art, culture and sports to distract from the dire human rights situation on the ground.”

LPGA Player of the Year race tightens with only four events left in 2022, and a rookie might steal the show 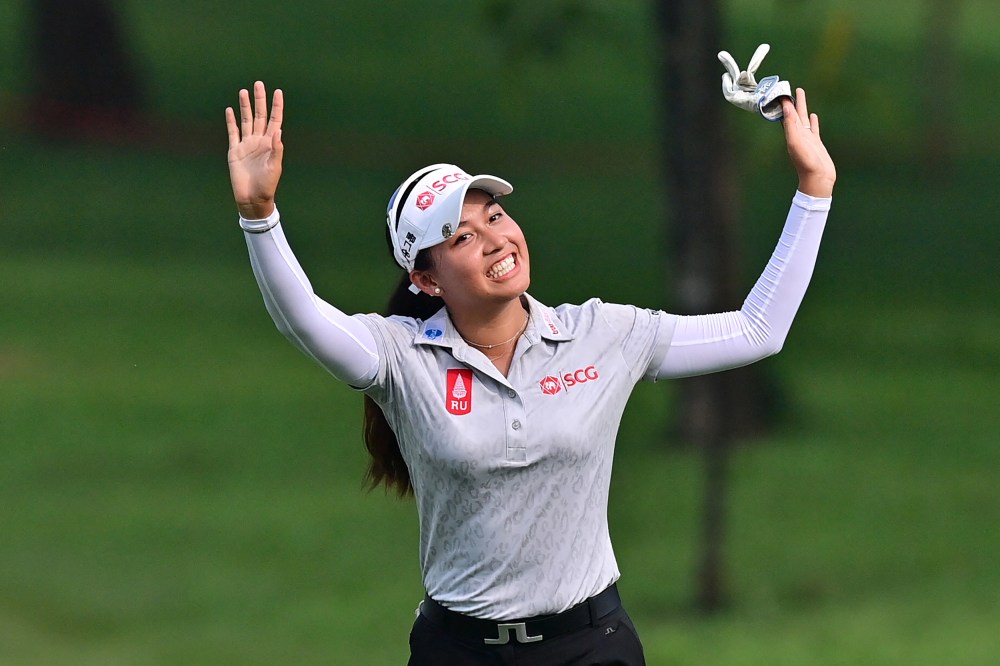