All-time great Thomas Hearns turns 64 today. Born in Grand Junction, Tennessee, Hearns would go on to become one of Detroit’s most famous citizens. And for millions of fight fans the world over, “The Motor City Cobra,” or, going by his other handle of “The Hitman,” Hearns ranks as one of the most special fighters of them all. Who isn’t a Tommy Hearns fan?

Hearns achieved so much during his 29-year pro career; enough to fill a movie (why hasn’t one been made about Hearns, you may ask?) and multiple books. Hearns played his part in two of the greatest fights ever witnessed, these being ‘The Fight,’ with Marvelous Marvin Hagler, and ‘The Showdown,’ with Sugar Ray Leonard. Hearns made boxing history in October of 1987, when he smashed Juan Domingo Roldan (who, like Hagler, left us at a far too young age) to become the first man in history to win world titles at four different weights; Hearns winning the WBC middleweight title with the Roldan victory. 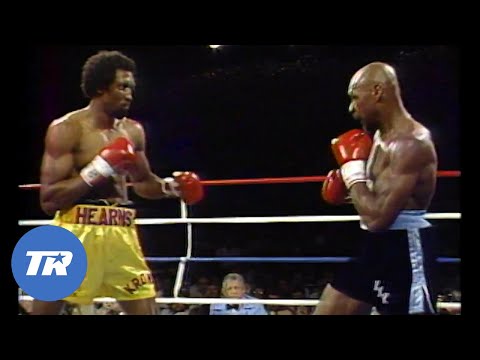 Hearns was as good a boxer as he was a special puncher; hence the two nicknames he carried. During his prime, only Leonard and Hagler defeated Hearns. Iran Barkley twice beat Hearns, while near the end, Uriah Grant scored an odd TKO over Tommy, this when a 40 year old Hearn’s twisted his ankle and was unable to continue.

Hearns’ final numbers read an impressive 61-5-1(48). And though plenty of people say Hearns had a suspect chin, it’s worth noting that he was stopped just four times (and you can pretty much forget about the Grant fight and its bizarre ending).

Hearns was inducted into The Hall of Fame in 2012. 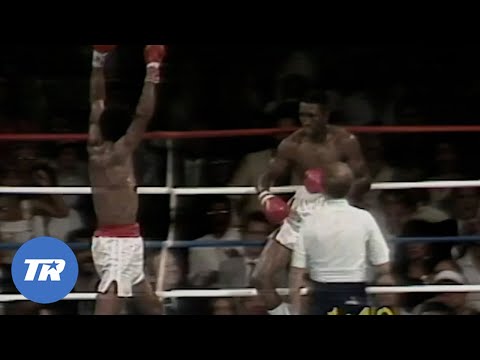 Hearns would be enjoying a reign of dominance at a number of weights were he around today. Hearns fought the best of the best, while he himself ranks as one of the very best. Ducking and dodging, cherry-picking opponents, was simply not a concept Hearns was familiar with. Hearns was as proud and determined to give the paying fans what they wanted as he was talented in the art of boxing.

It’s a cliché, sure, but we will never see another Thomas Hearns.