A group led by Washington Wizards, Capitals and Mystics owner Ted Leonsis is emerging as the clear front-runner to buy the Washington Nationals from the Lerner family, according to sources within the organization and Major League Baseball who were not authorized to speak publicly on the subject. If the 65-year-old Leonsis completes the purchase of the Nationals, he would become the second owner to currently have teams in three of the United States’ four biggest men’s professional sports leagues.

One of the sources said Leonsis’ group has been ahead of the others for the last month or so.

Multiple sources, though, said a sale is not imminent. It would not likely be completed before MLB’s Winter Meetings in San Diego in December, leaving the possibility for the sale to not be concluded until 2023.

One key holdup in the discussions may be the uncertain status of the Mid-Atlantic Sports Network (MASN), the Orioles’ and Nationals’ shared regional sports network.

The two teams have been embroiled in a years-long lawsuit over media rights fees, which means any new owner would be inheriting a team without the ability to generate significant money on its own RSN, or sign a lucrative deal for their TV rights. Such uncertainty could make it difficult for the Lerners and a prospective new owner to agree on a sale price.

Leonsis’ group is being co-piloted by Carlisle Group co-founder and billionaire David Rubenstein. According to Forbes Magazine’s 2022 rankings, Rubenstein, 73, has a net worth of $3.1 billion. Forbes listed Leonsis’ net worth in 2022 at $1.6 billion.

If Leonsis’ group was to finalize a purchase from the Lerners and be approved by MLB, he’d become only the second person to own teams in three of the four major pro men’s sports leagues in the United States, joining the Kroenke family. The Kroenkes, along with owning Arsenal of the Premier League, own the NFL’s Los Angeles Rams, the NHL’s Colorado Avalanche and the NBA’s Denver Nuggets. They also own the Colorado Rapids of Major League Soccer, along with multiple other smaller league sports teams. 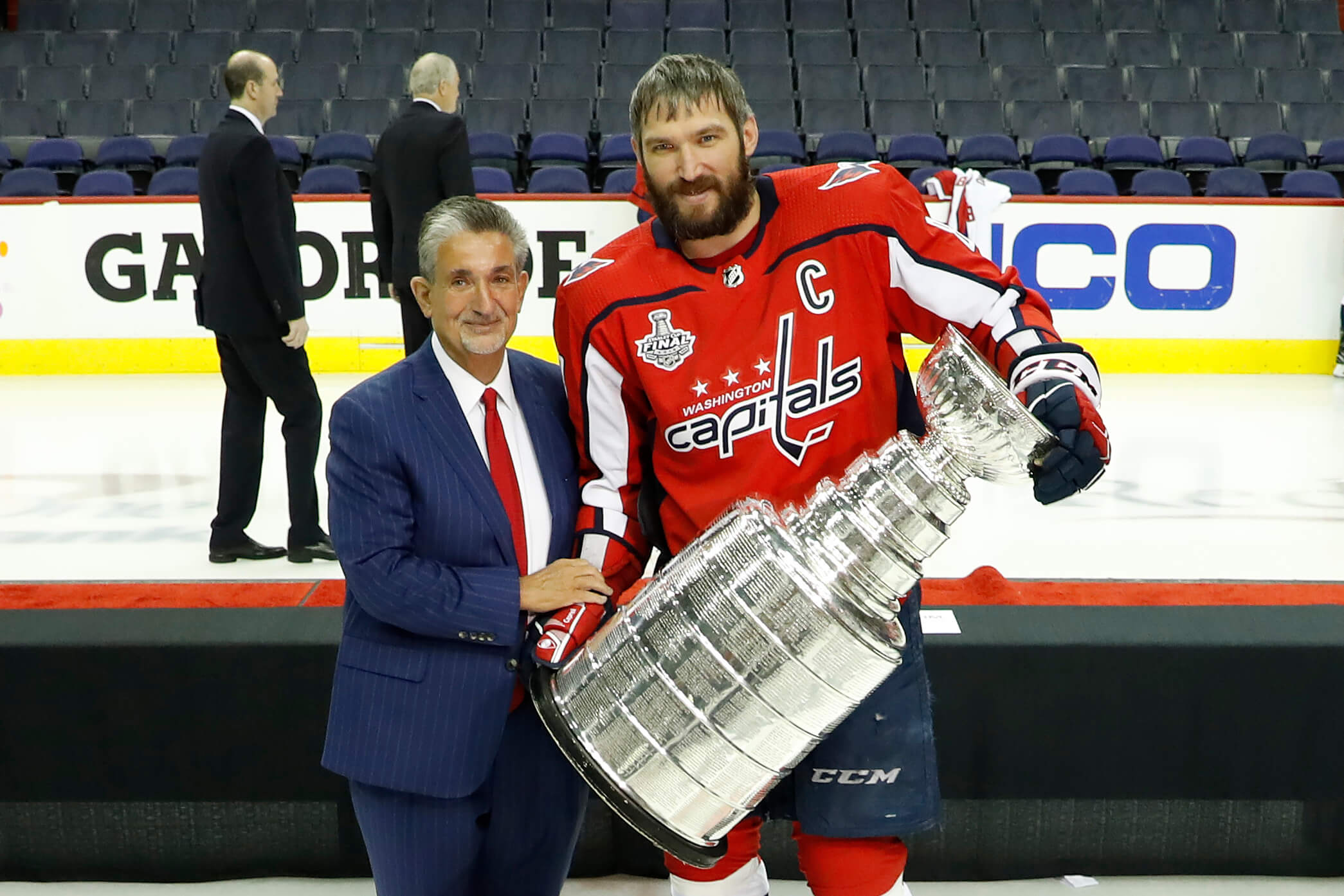 Rubenstein is a D.C. philanthropic and humanities institution, currently serving as Chairman of the Boards of the John F. Kennedy Center for the Performing Arts, the Council on Foreign Relations, the National Gallery of Art and the Economic Club of Washington. He also chairs the Board at the University of Chicago.

Leonsis has long had interest in owning a baseball team, sources said, with previous interest in the Baltimore Orioles. The Orioles are not actively up for sale, though many in the industry have long speculated the Angelos family is open to the team eventually changing hands.

The Lerners, who bought the team from Major League Baseball in 2006 for $450 million, announced earlier this year that they were putting the team up for sale after more than 15 years of ownership, which included the team’s first World Series championship in 2019. The family told The Washington Post in April that it was undertaking an “exploratory process” to sell the Nats, and the Post reported in August that five potential groups had met with the Lerners and received financial information on the club.

Leonsis and the Lerners know one another well. The Lerners are minority owners of Leonsis’ Monumental Sports and Entertainment – the parent company of the Wizards, Caps and Mystics – which also operates Capital One Arena.

But the unresolved MASN dispute still looms as a potential impediment to a final sale.

The Orioles currently own roughly three-quarters of MASN, while the Nationals own the rest, though the Nats’ share can increase to as much as 33 percent by 2032. The disparity in the teams’ respective shares was key to Baltimore allowing Washington to come into its nearby territory, from which the Orioles drew thousands of fans yearly, when the Montreal Expos moved to the District in 2005. But the teams have spent years in litigation against one another, with the Nationals arguing they have not been paid a fair share for their games.

There has been no indication that the sale of the Nationals would change anything regarding their RSN status, a factor that has made the team worth significantly less money. An arbitration panel ruled in 2019 that the Nationals were owed $105 million by the Orioles, who appealed the ruling in New York appellate courts. The matter is currently before the New York State Court of Appeals.

Leonsis has his own RSN, NBC Sports Washington; already in control of one-third of the channel, he purchased the remaining two-thirds of NBCSW in August. At the time of the purchase, Leonsis Tweeted, “This is key to our strategy for developing our one-of-a-kind sports and entertainment platform: a super-regional sports & entertainment business featuring multiple teams, multiple venues, multiple networks, and multiple technologies – fully integrated.” 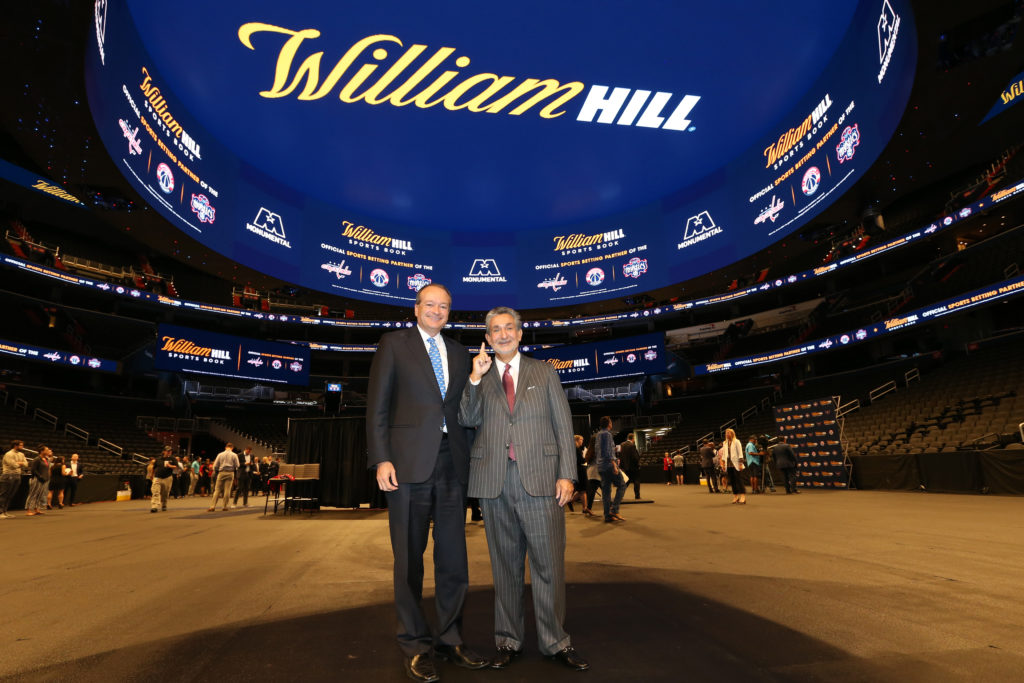 Adding the Nationals to NBCSW’s programming along with the Wizards and Capitals would give Leonsis a powerful sports channel with near year-round live games for fans to watch, and one that could offer streaming packages and other deals to consumers.

The chair of the NBA’s Media Committee, along with being a huge proponent of sports betting, Leonsis is no stranger to the huge money tied to sports television, and it’s possible a resolution of the MASN dispute could be a sticking point in any sale. There have been no indications so far that that’s the case, though.

Leonsis would be inheriting a substantial rebuild on the field. The Nationals completed one of the worst seasons in franchise history this past season (an MLB-worst 55-107) and traded young superstar Juan Soto to San Diego at the trade deadline after Soto turned down a 15-year, $440 million offer from the team. The deal netted several top-rated prospects and immediately bolstered the Nationals’ farm system, generally rated one of the worst in MLB going into the season. Still, the prospects for significant improvement at the major-league level in 2023 are slight.

The Nationals picked up the options on both general manager Mike Rizzo and manager Davey Martinez for the 2023 season in July.

A new owner would have to absorb some of the deferred salaries that the Nationals, during the Lerners’ tenure, often chose to include in their bigger contracts to star players. In addition, pitchers Stephen Strasburg and Patrick Corbin are still owed $140 million and $59 million, respectively, for the remainder of their long-term contracts. But Washington would be on pace to open up significant payroll space by 2025, when Strasburg would be the only big-salaried active player left on the books.

Leonsis bought controlling interest in the Wizards, along with what is now Capital One Arena, from the late Abe Pollin in 2010, spending $170 million for the remaining 56 percent of the Wizards. He bought the Capitals from Pollin in 1999 for around $200 million, along with a 44 percent minority share in the Wizards, with a future right of first refusal to buy them outright.