Yu Darvish held the Philadelphia Phillies to two runs over six-plus innings but the San Diego Padres lost the National League Championship Series 4-1 on Sunday, following a 4-3 defeat in Game 5.

Darvish, tagged with the loss in Game 1 after allowing two runs over seven innings, gave up a two-run home run in the third inning to Rhys Hoskins, but no more runs in his second series start on four hits, three walks, and two hit batsmen at Citizens Bank Park. 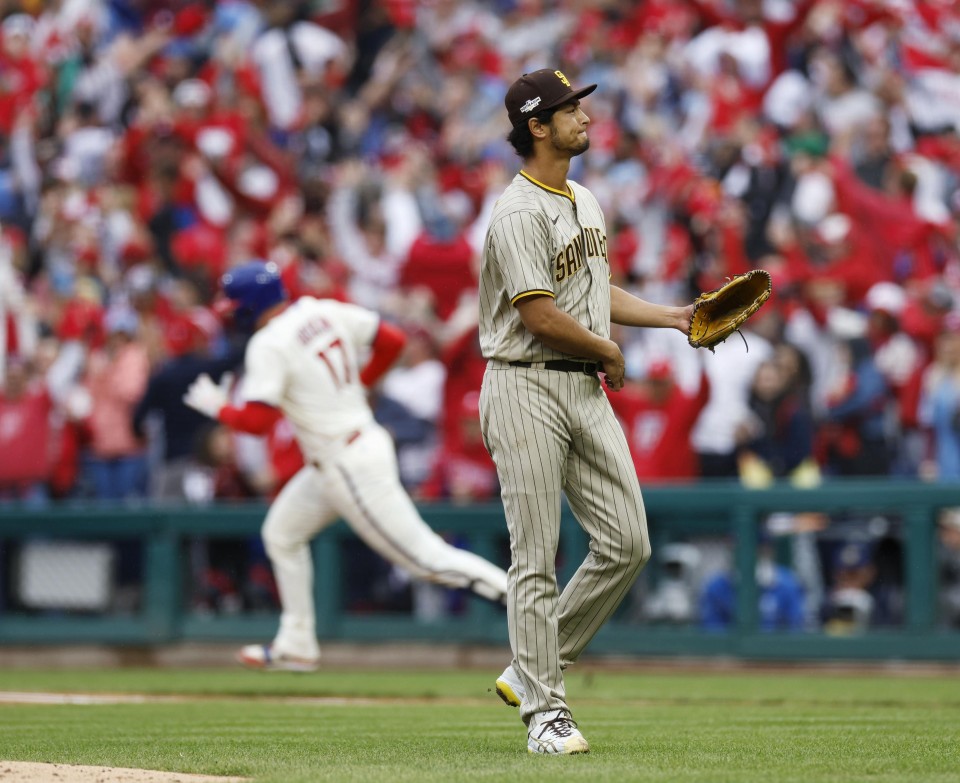 San Diego Padres pitcher Yu Darvish (R) reacts after giving up a two-run home run to Rhys Hoskins (L) of the Philadelphia Phillies in the third inning of Game 5 of the National League Championship Series at Citizens Bank Park in Philadelphia, Pennsylvania, on Oct. 23, 2022. (Kyodo) ==Kyodo

Juan Soto slugged a solo shot in the fourth, and an RBI double from Josh Bell off Phillies starter Zack Wheeler tied the game in the seventh for the Padres.

A wild pitch in the same frame by Seranthony Dominguez turned the game around for the visitors before Darvish left the mound in the home half.

But Bryce Harper, who had a solo homer off Darvish in Game 1, went deep for two runs in the eighth off Robert Suarez to steer the Phillies to their first league win in eight years and to the World Series.

“I was able set the tone for the game, so that was good,” said Darvish, who used a host of pitches to manage the rough, cold conditions and the muddy mound on the day. “While there’s frustration, I feel satisfaction too after coming this far.”

“We’ve been playing high-level games on the biggest of stages that everyone wants to win. The batters were different in some areas from the regular season. It’s been a good lesson.”

The 36-year-old reflected on the year positively after tying his MLB career high of 16 wins from his rookie year in 2012 during the regular season.

“I’ve worked out the best way mentally to keep focused on baseball,” he said. “I’ll start fresh and begin training again (during the offseason)…I’ll try to be back in a good condition for next year.” 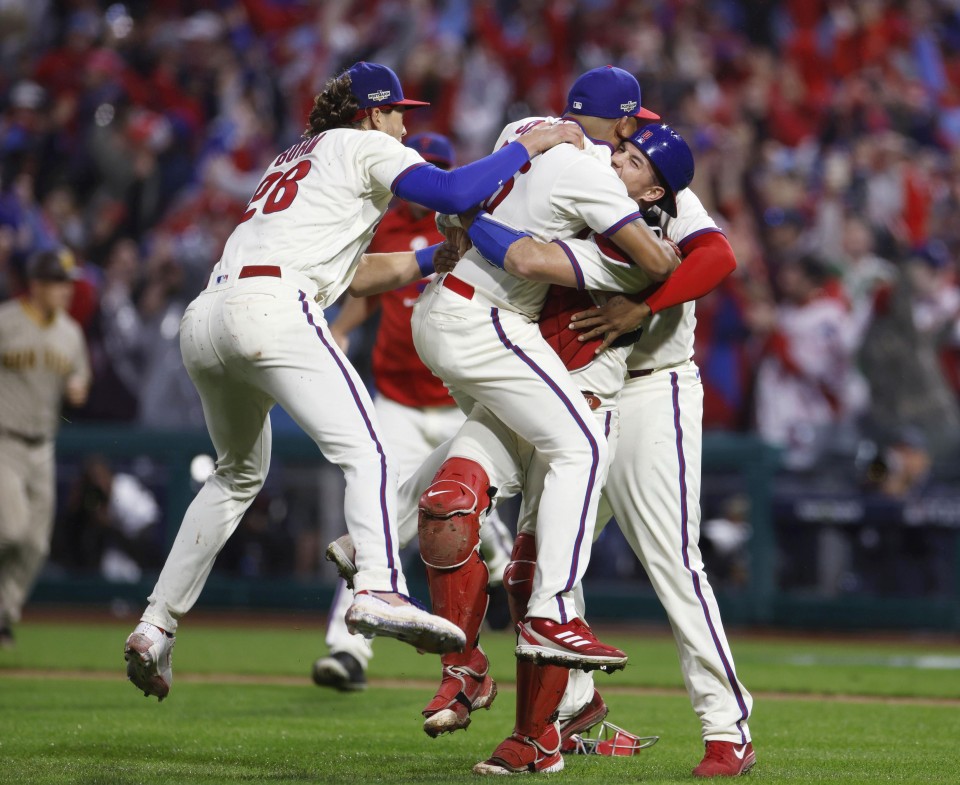 Philadelphia Phillies players celebrate after beating the San Diego Padres in Game 5 of the National League Championship Series at Citizens Bank Park in Philadelphia, Pennsylvania, on Oct. 23, 2022, to advance to the World Series. (Kyodo) ==Kyodo 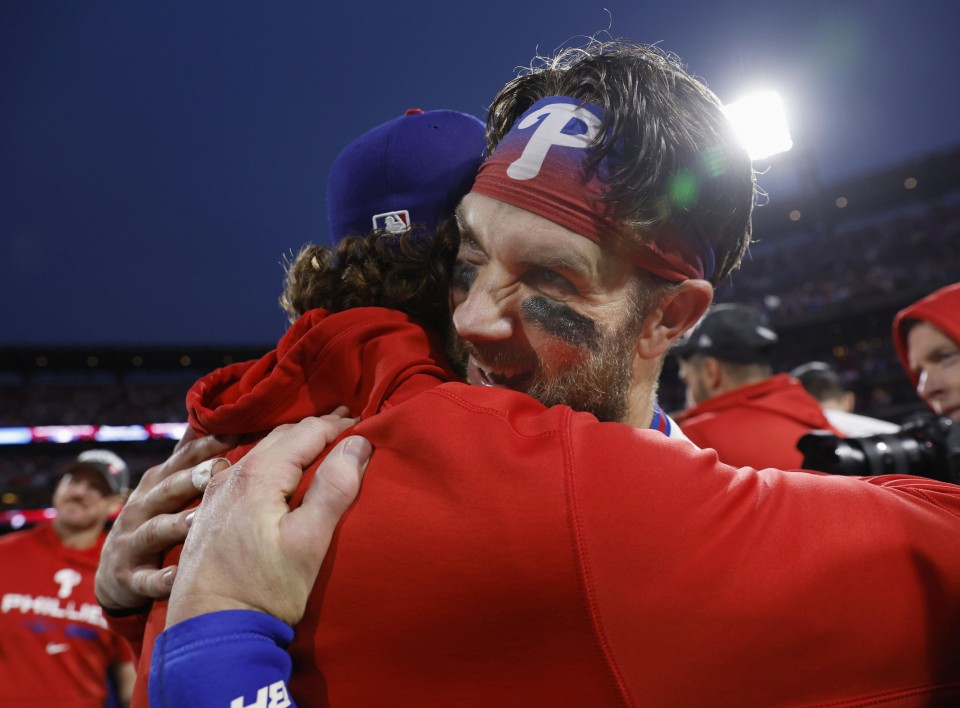 Bryce Harper of the Philadelphia Phillies celebrates after beating the San Diego Padres in Game 5 of the National League Championship Series at Citizens Bank Park in Philadelphia, Pennsylvania, on Oct. 23, 2022, to advance to the World Series. (Kyodo) ==Kyodo