Alvarez (30-8 MMA, 9-1 BMMA), a former Bellator and UFC lightweight titleholder, recently entered free agency after a split from his latest home at ONE Championship. At 38 and in the twilight of his career, Alvarez wants to make the most of his final run in the sport.

That means leaving all options open, one of which includes a return to Bellator, where Alvarez headlined the organization’s inaugural event in April 2009 and fought until November 2013.

Current Bellator president Coker wasn’t with the company during Alvarez’s previous run, but he’s well aware of what the American has done in the sport. There’s no guarantees, but Coker is open to signing Alvarez and already has a meeting on the books with his management team at VaynerSports.

“I love Eddie’s style of fighting,” Coker told MMA Junkie on Friday. “The building we’re going to (for Bellator 286) is his fight with (Michael) Chandler back in the day. It’s been a long ride. He’s had a great career. I love our roster the way it sits now. We’d be interested in Eddie – we’re definitely interested in having a conversation with his manager or agent Lloyd (Pierson). I think we’re scheduled to talk next week sometime. There’s nothing that’s concrete or anything – all preliminary talks. If it makes sense for everybody then maybe we would consider it.”

Alvarez’s split from Bellator, which set up his move to the UFC, back in 2013 was ugly. There was much drama, legal battles and more before the situation was eventually resolved. Coker helped facilitate his desired departure at the time, and Alvarez told “The MMA Hour” earlier this week that he’s open to a return.

For more on the card, visit MMA Junkie’s event hub for Bellator 286. 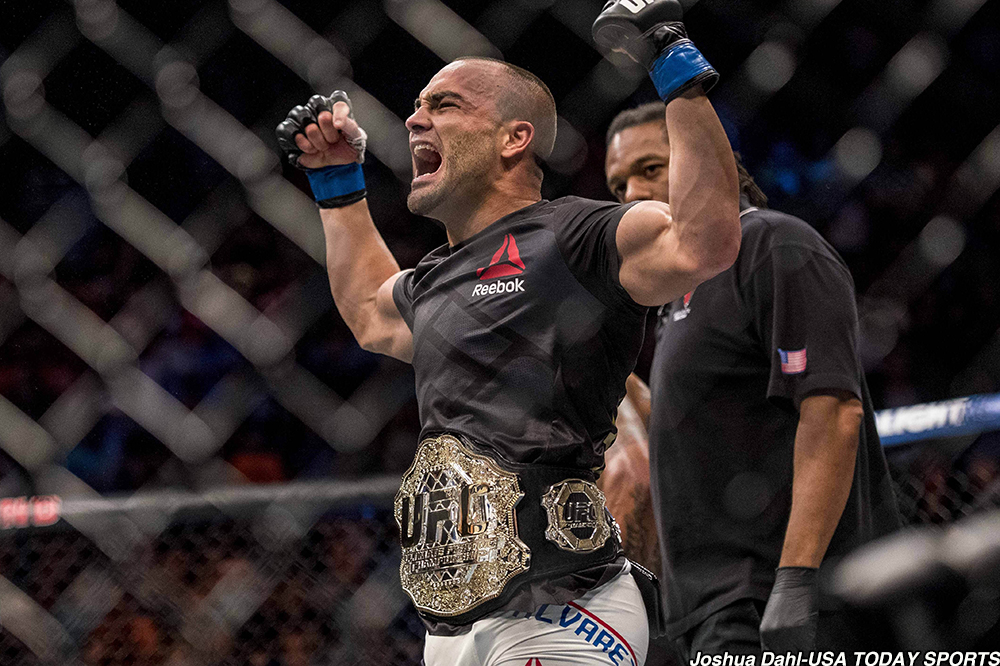