Red Bull and Alpine will both face a stewards’ investigation on Sunday night after the Formula 1 United States Grand Prix following a protest by Haas on technical grounds.

Both Sergio Perez and Fernando Alonso picked up damage on their cars during Sunday’s race at the Circuit of The Americas. Perez finished in fourth place despite losing the front wing endplate from his car after a clash on the opening lap with Valtteri Bottas as Red Bull clinched the constructors’ title.

Alonso managed to finished seventh for Alpine despite a huge crash that saw his car briefly go airborne following contact with Lance Stroll’s Aston Martin. Alpine changed the nose on Alonso’s car before sending him back into the race.

But following the race, Haas put forward a protest against both of the cars in light of their damage. Upon review from the stewards, they were both deemed to have been admissible.

It means that representatives from both Alpine and Red Bull are now required to meet with the stewards to discuss the matter on Sunday evening in Austin.

At a number of races this year, Haas cars have been required to come into the pits due to damage, receiving a black-and-orange flag.

This has happened on three occasions concerning the front wing endplate of the Haas VF-22 car despite the team insisting it remained safe to run. 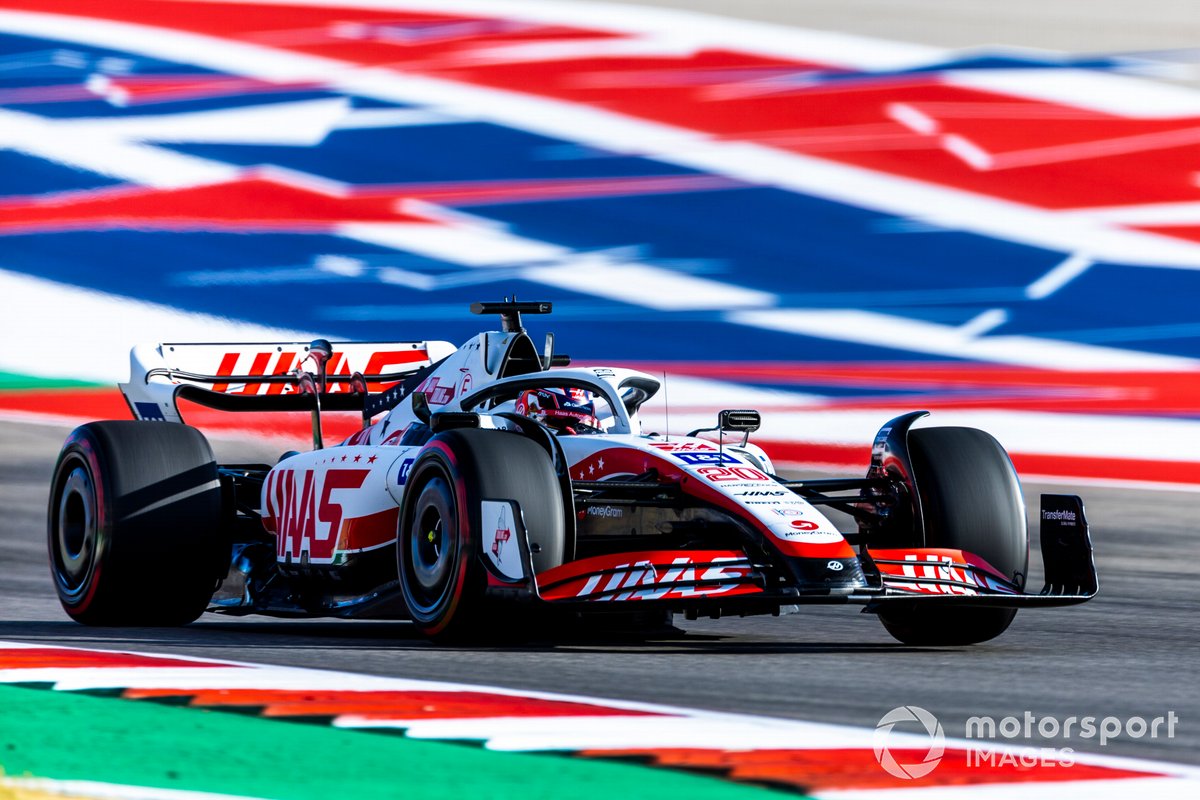 Perez’s front wing endplate was loose after the clash with Bottas before then coming free. Red Bull did not change the front wing in the pits.

Asked after the race about the lack of a black and orange for Perez for the loose front wing endplate, Haas driver Kevin Magnussen replied: “That’s bullshit, isn’t it?”

Alpine team principal Otmar Szafnauer told Autosport that it was “ridiculous” to have put forward a protest as it was “obvious accident damage” on Alonso’s car.

“The cars are allowed to finish with accident damage, it happens all the time,” he said.

Red Bull team boss Christian Horner added: “I don’t really want to get into that. I mean, the piece of the endplate came off. At that point, the wing was structurally safe, we worked with the technical delegate to show him that structurally it was sound and they were happy with that.

Magnussen finished the race ninth for Haas thanks to a one-stop strategy, coming in under the safety car before making his mediums last 38 laps.

“At the end of the day, I have to say the team did a great job today,” he said.

“We pulled off a one-stop strategy which is just great work for the team, couldn’t have done that without the guidance and preparation the team provided. So I’m really proud of them.”