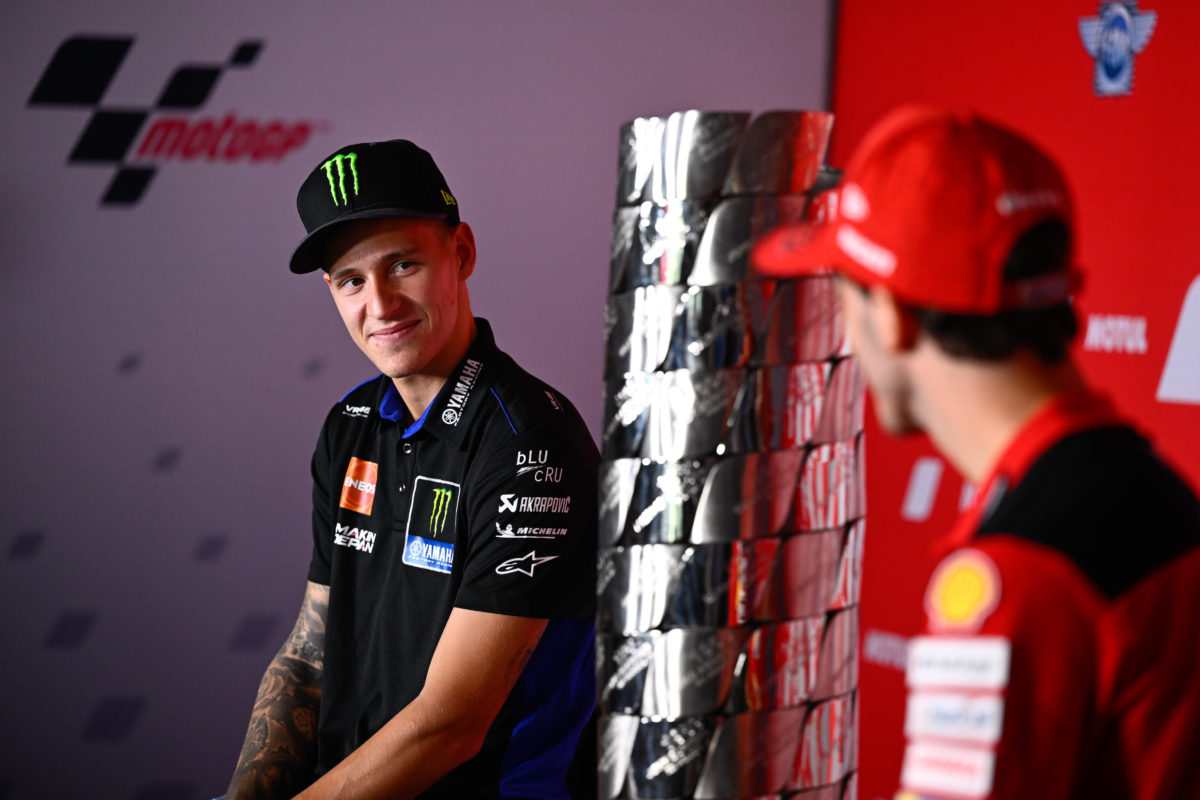 Fabio Quartararo insists his broken finger will be no impediment as he goes for an unlikely MotoGP championship win this weekend at Valencia, despite confirming he is set for surgery.

The Monster Energy Yamaha rider completed the Malaysian Grand Prix, last time out, with a fractured middle finger on his left hand after a crash in Free Practice 4 at Sepang.

He would finish that race in third, the bare minimum he needed to stay in the title fight considering Francesco Bagnaia took victory and extended his championship lead to 23 points.

Quartararo is not concerned about the injury which he will carry into the finale.

“It’s not so painful but it’s just bent, so even riding in Malaysia was not a big issue,” explained the 2021 champion.

“I had some painkillers but it was not an issue and it will be even less here.

“I will have surgery in the winter, just to have a normal finger because it’s pretty strange.”

As always, there are 25 points on offer for victory, 20 for second place, and two for finishing 14th.

The latter is thus the minimum which Bagnaia needs in order to guarantee himself the championship, considering the first countback of number of wins is well and truly in his favour, while Quartararo has to be first to the chequered flag on Sunday to have any chance at all of going back-to-back.

“Well, the goal is clear, I only have one goal in my head,” remarked the Frenchman.

“Clearly, I have nothing to lose, so I will do my best to do it, fighting for the win.

“Of course, it’s not the best situation to fight for the championship, but it’s a good situation to not care at all.

“Whatever happens, it will be a tough season but a good one, so it’s all-in.”

Practice at the Circuit Ricardo Tormo starts this evening (AEDT).