The Samurai Blue will open their Group E campaign against Germany on Nov. 23 before taking on Costa Rica on Nov. 27 and Spain on Dec. 1.

They will play Canada on Nov. 17 in the United Arab Emirates in their final warm-up game before heading to Qatar.

Following are brief profiles of the squad:

Goalkeepers:
Eiji Kawashima
Age: 39 Club: Strasbourg
The oldest member of the squad, Kawashima will be making his fourth trip to the World Cup. Japan’s first choice at the last three tournaments, he is likely to be behind Shuichi Gonda and Daniel Schmidt in the goalkeeping depth chart this time around.
—–
Daniel Schmidt
Age: 30 Club: Sint-Truiden
The American-born Schmidt made a strong case for the No. 1 shirt with a clean sheet and several key saves, including a penalty, in Japan’s most recent friendly against Ecuador in September. He has played alongside several current and former Japan internationals at Belgian top-flight side Sint-Truiden since departing the J-League in 2019. 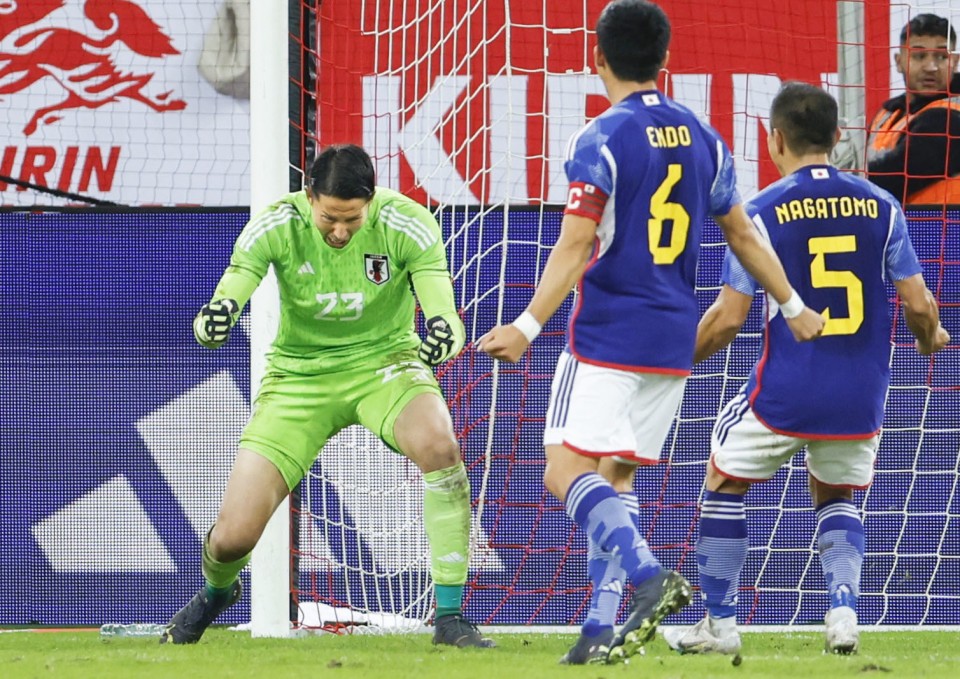 Shuichi Gonda
Age: 33 Club: Shimizu S-Pulse
A member of the 2014 World Cup squad who did not play at the tournament, Gonda was Moriyasu’s most trusted man between the posts on the road to Qatar. His biggest challenge for the starting spot is likely to come from Sint-Truiden’s Schmidt.
—–
Defenders:
Yuto Nagatomo
Age: 36 Club: FC Tokyo
A veteran of the three previous World Cups, Nagatomo helped spark Japan’s run to the round of 16 four years ago and is in line to also start at left-back this time. The former Inter Milan and Galatasaray man is back with his first professional side, FC Tokyo, after a stellar club career in Europe.
—–
Maya Yoshida
Age: 34 Club: Schalke
Despite the emergence of several talented center-backs from Japan, the Samurai Blue captain remains valued for his leadership and steadiness as a defensive anchor. A member of the two previous World Cup squads, the former Southampton stalwart is playing his first season in the German Bundesliga with Schalke. 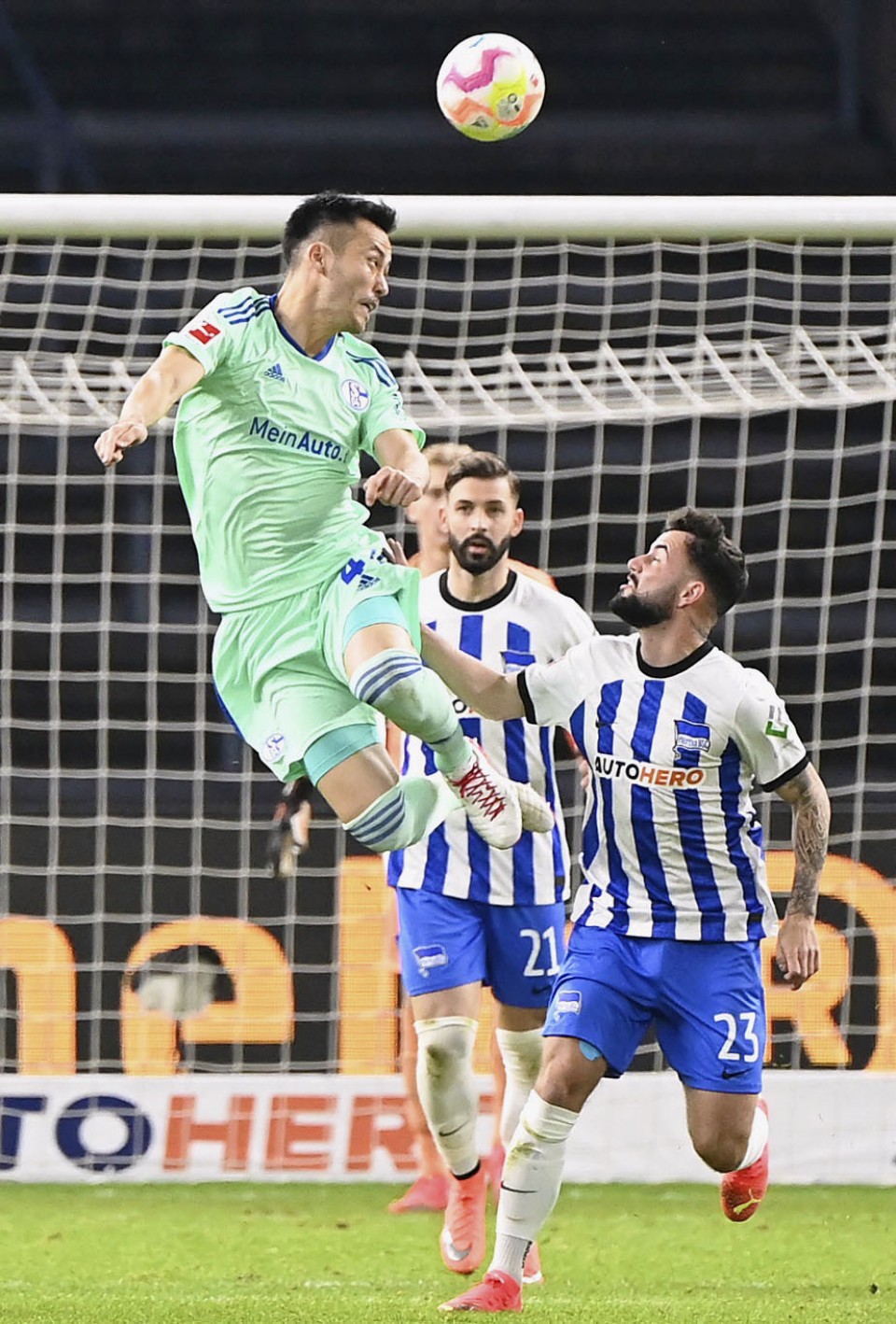 Hiroki Sakai
Age: 32 Club: Urawa Reds
Also headed to his third straight World Cup, the veteran right-back is plying his trade in the J-League once more after departing Marseille last summer. A standout at the 2018 tournament, Sakai started regularly for Japan in qualification for Qatar.
—–
Shogo Taniguchi
Age: 31 Club: Kawasaki Frontale
Captain of the J-League’s most dominant club of the current era, Taniguchi was drafted into the national squad late in qualification amid a spate of injuries at center-back. He can also fill in as a defensive midfielder.
—–
Miki Yamane
Age: 28 Club: Kawasaki Frontale
On the bench for much of the road to Qatar, Yamane gave a strong performance starting at right-back for the injured Sakai in March, when Japan clinched qualification with a 2-0 win over Australia in Sydney. He is likely to be behind a healthy Sakai in the race for a starting spot.
—–
Ko Itakura
Age: 25 Club: Borussia Monchengladbach
Possessing the speed and playmaking ability prized among modern center-backs, Itakura is in a race to be fit for the World Cup after partially tearing a knee ligament in mid-September. The former Manchester City signee moved to Gladbach after helping lead Schalke to the German second-division championship last season. 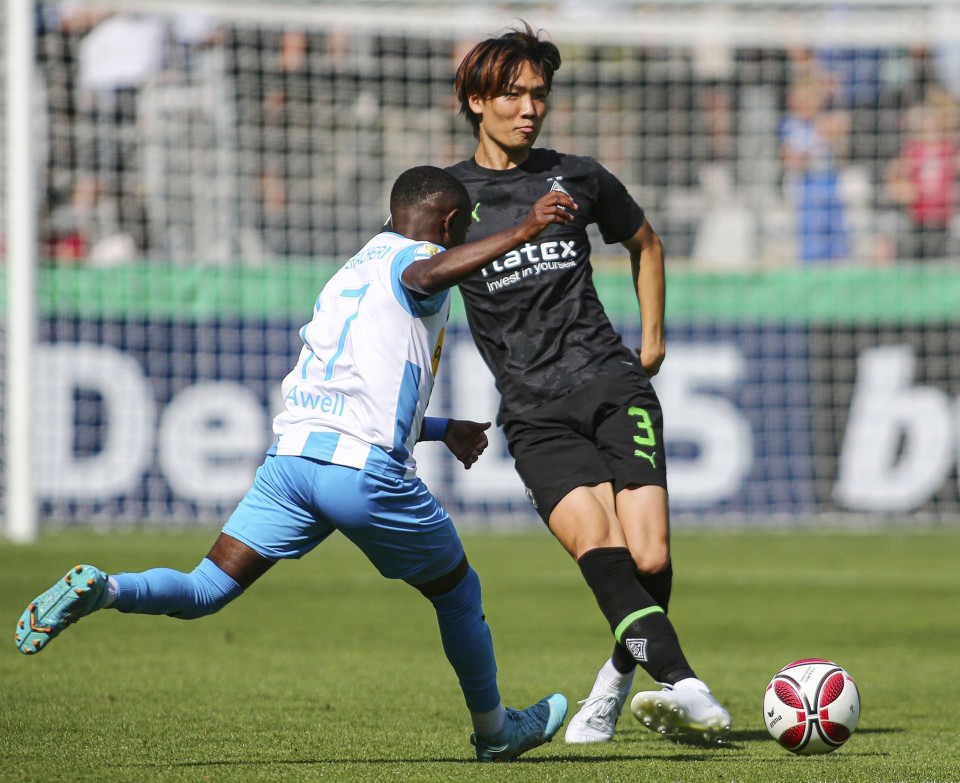 Yuta Nakayama
Age: 25 Club: Huddersfield
Starting regularly at center-back for his club, Nakayama primarily came off the bench as a left-back in World Cup qualifying. The Kashiwa Reysol youth product is playing his first season in England since departing Dutch side Zwolle.
—–
Hiroki Ito
Age: 23 Club: Stuttgart
In his second Bundesliga season, Ito has nailed down a starting center-back role for a Stuttgart side captained by Japan teammate Wataru Endo. The Jubilo Iwata youth player, who made his international debut in June, can also play as a left-back or defensive midfielder.
—–
Takehiro Tomiyasu
Age: 23 Club: Arsenal
One of the first names on the Samurai Blue team sheet when healthy, the supremely talented Tomiyasu has excelled at every stop since departing the J-League for Europe in 2018. A natural center-back, his versatility has seen him fill multiple roles for English Premier League frontrunners Arsenal. 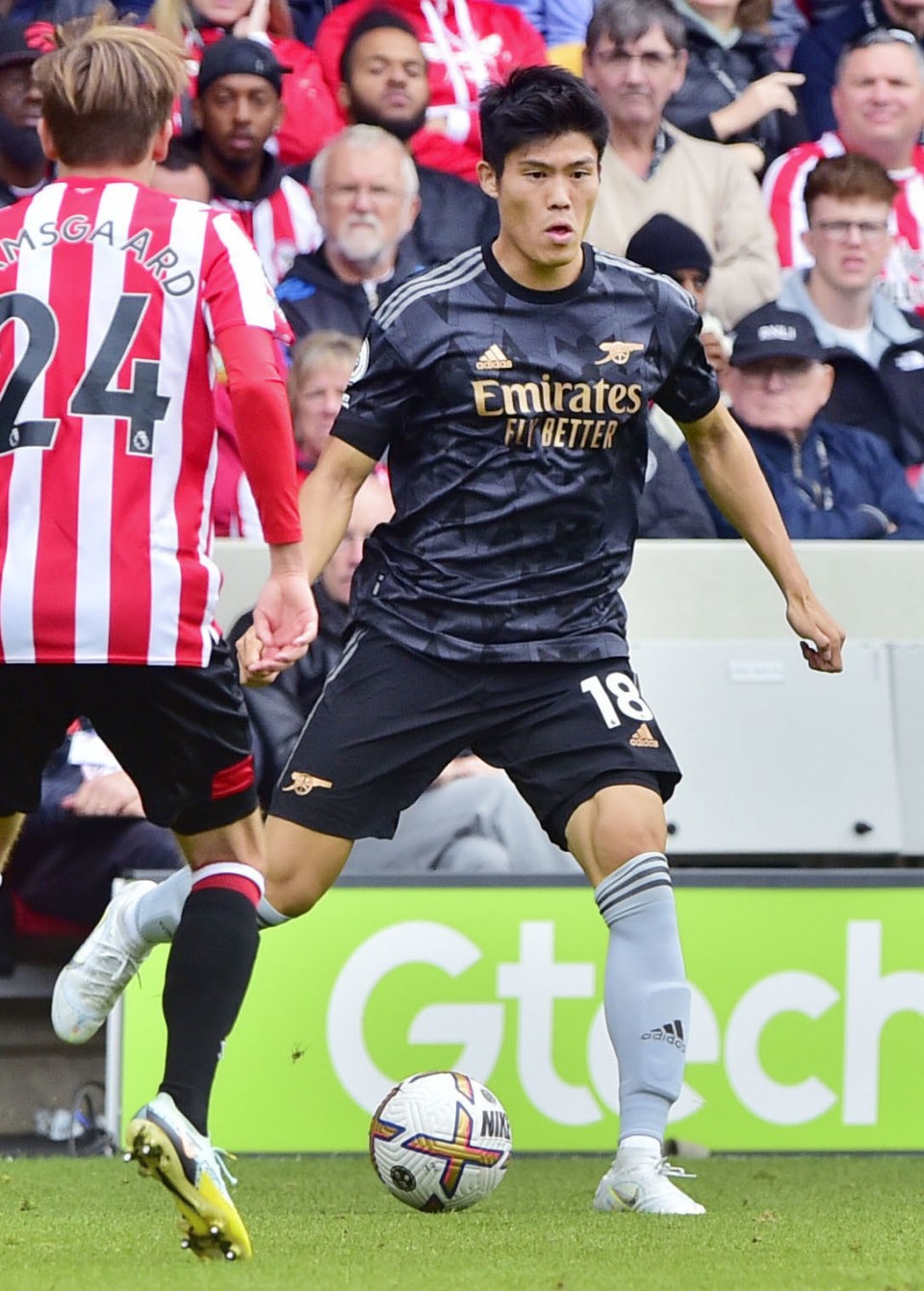 Midfielders/Forwards:
Gaku Shibasaki
Age: 30 Club: Leganes
The deep-lying playmaker was integral to the 2018 World Cup campaign but faces a tough battle for a starting spot in Qatar. He wore the captain’s armband when Yoshida was rested for Japan’s most recent friendly against Ecuador in September.
—–
Wataru Endo
Age: 29 Club: Stuttgart
A member of the 2018 squad who did not see playing time in Russia, the Stuttgart captain has since asserted himself as one of the Bundesliga’s top defensive midfielders and an indispensable part of the Samurai Blue starting XI. Adept at quickly turning defense to attack, his experience playing against members of initial World Cup opponents Germany may also prove invaluable.
—–
Junya Ito
Age: 29 Club: Reims
Instrumental during Japan’s final Asian qualifying round with four goals, the right winger’s outstanding form for Belgian side Genk landed him a summer move to Reims in the French Ligue 1, where he has quickly made an impact. With deadly speed and the ability to both set up and finish, Ito has also been effective for his new club as a forward in a two-pronged attack.
—–
Takuma Asano
Age: 27 Club: Bochum
One of the candidates to start at center-forward, Asano missed Japan’s most recent friendlies with a knee injury that has also limited his participation in the Bundesliga games this season. The attacker featured in 2018 World Cup qualifying but did not make the final cut for Russia.
—–
Takumi Minamino
Age: 27 Club: Monaco
Limited to a backup role for Liverpool, Minamino moved to Monaco this summer in hope of securing more time on the pitch before the World Cup. The gifted attacker has yet to hit his stride for the Ligue 1 side and faces stiff competition for playing time in Qatar. 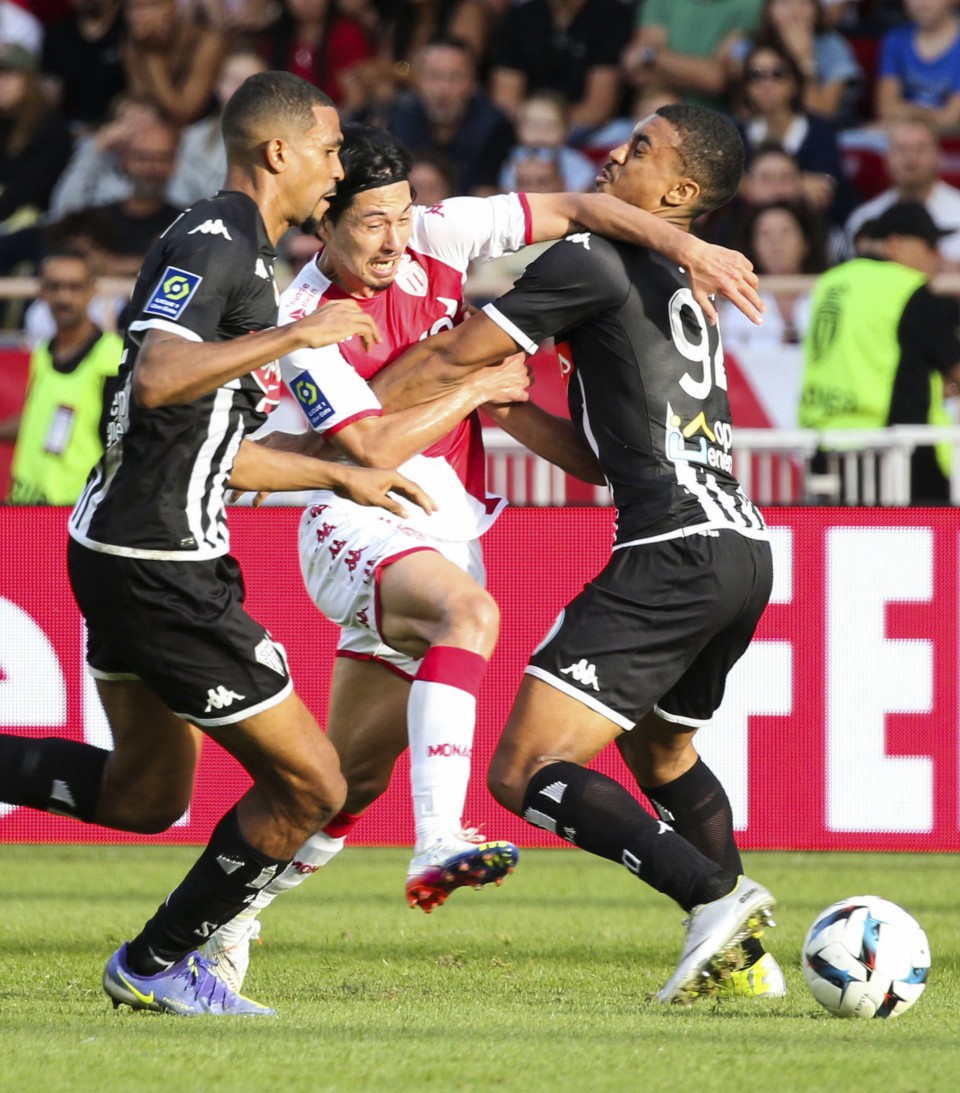 Hidemasa Morita
Age: 27 Club: Sporting Lisbon
A cornerstone of Kawasaki Frontale championship sides, the defensive midfielder has since found success in Portugal, first with Santa Clara, and now with Sporting, for whom he has played a big role in the Champions League. His ability to win challenges and initiate counterattacks is a key element of Japan’s playing style under Moriyasu.
—–
Daichi Kamada
Age: 26 Club: Eintracht Frankfurt
A prolific scorer in both domestic and European competition this season for Frankfurt, his knack for finding the net should make him one of the first players picked for Japan. While he has already turned heads playing for the reigning Europa League champions, a big tournament in Qatar could raise his profile to the next level. 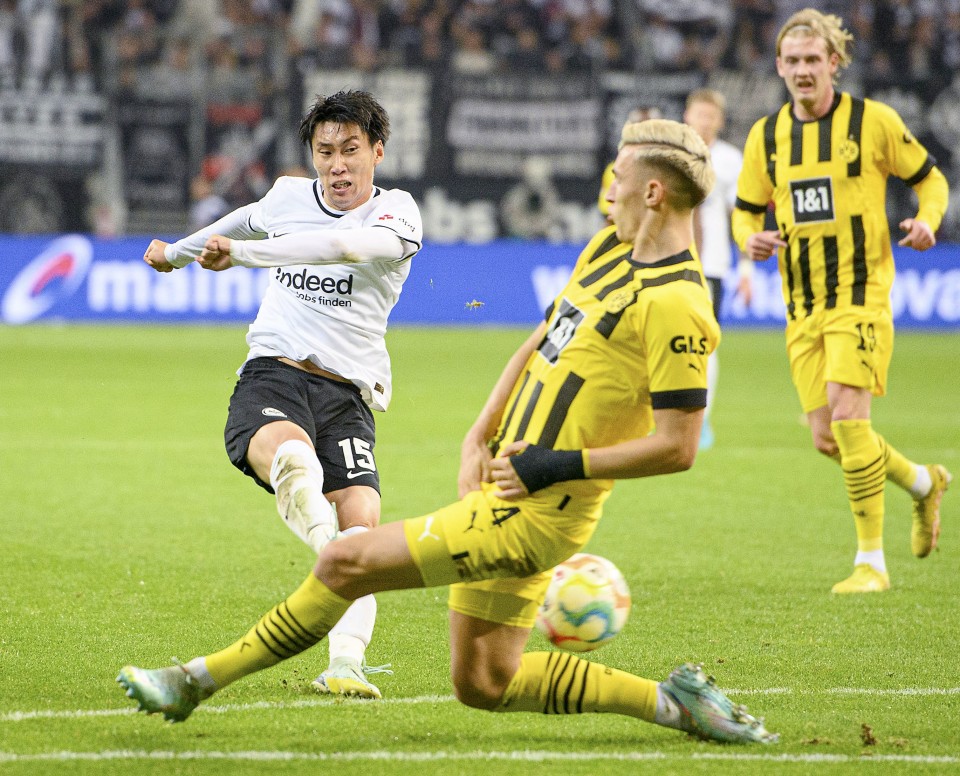 Yuki Soma
Age: 25 Club: Nagoya Grampus
While he has excelled in domestic competition, the left-winger is a surprise selection for his first World Cup in light of the European-based attacking talent available to Japan. Any appearance on the pitch in Qatar would also be a surprise.
—–
Kaoru Mitoma
Age: 25 Club: Brighton
The fleet-footed left winger has hit the ground running in the Premier League after emerging as one of the J-League’s brightest talents with Kawasaki. He sealed Japan’s World Cup qualification in March with a sensational two-goal performance off the bench against the Socceroos at Stadium Australia. 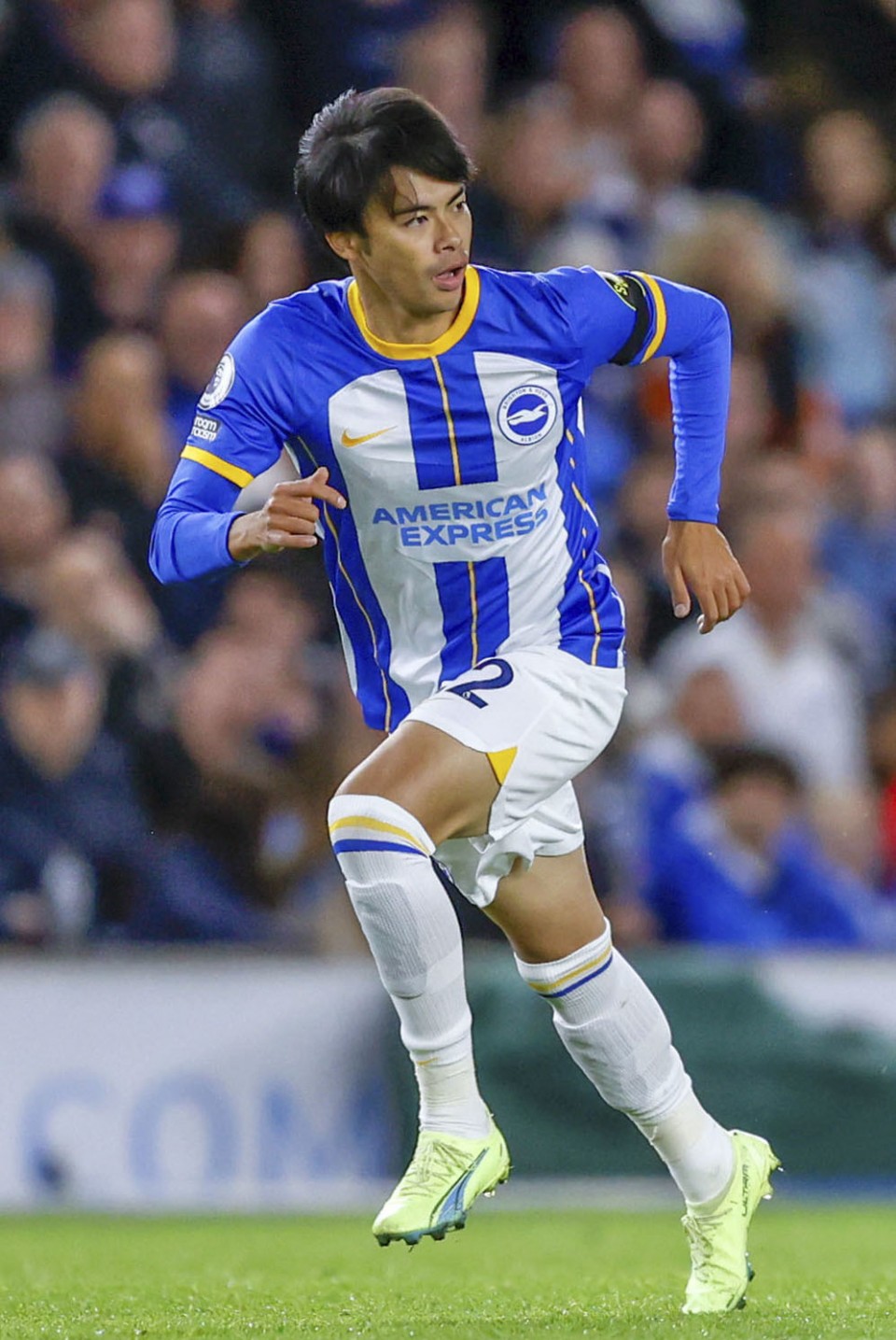 Daizen Maeda
Age: 25 Club: Celtic
Capable of playing wide or in a center-forward role, Maeda has flourished at Celtic under his former Yokohama F Marinos manager Ange Postecoglou. He scored his maiden international goal in a 4-1 friendly win against Ghana in June.
—–
Ritsu Doan
Age: 24 Club: Freiburg
Having stamped himself as a future star at the U-20 World Cup in 2017, Doan is set to make his first appearance at the senior version of the tournament. Back in Germany with Freiburg following a summer move from Dutch powerhouse PSV Eindhoven, the hard-running right-winger has quickly cemented himself as a leading figure for one of the Bundesliga’s hottest clubs.
—–
Ayase Ueda
Age: 24 Club: Cercle Brugge
The center-forward has begun to find his scoring groove since moving from Kashima Antlers to the Belgian top flight this summer. He has yet to net for Japan, but may get the chance on the sport’s biggest stage.
—–
Ao Tanaka
Age: 24 Club: Fortuna Dusseldorf
Another of the squad’s Kawasaki alumni, the former J-League young player of the year has started nearly every game for German second-division outfit Dusseldorf this season. His two goals for Japan include the opener in a crucial World Cup qualifying win over Australia last October.
—–
Takefusa Kubo
Age: 21 Club: Real Sociedad
The youngest member of the Samurai Blue squad has risen to stardom since first making headlines with his entry to the storied Barcelona youth academy. After multiple loan stints in La Liga, the former Real Madrid signee has found a permanent home with an exciting Sociedad side gunning for a Champions League berth. 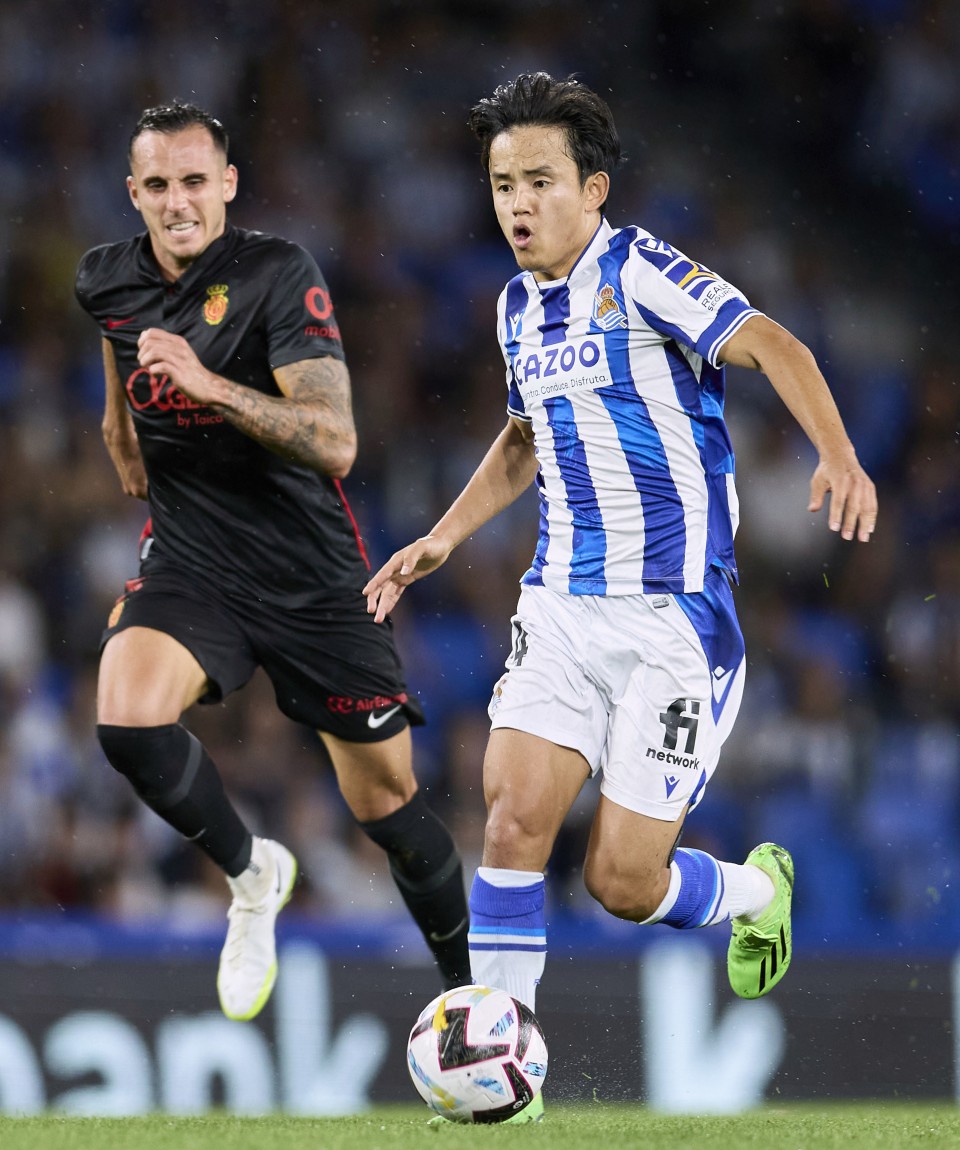