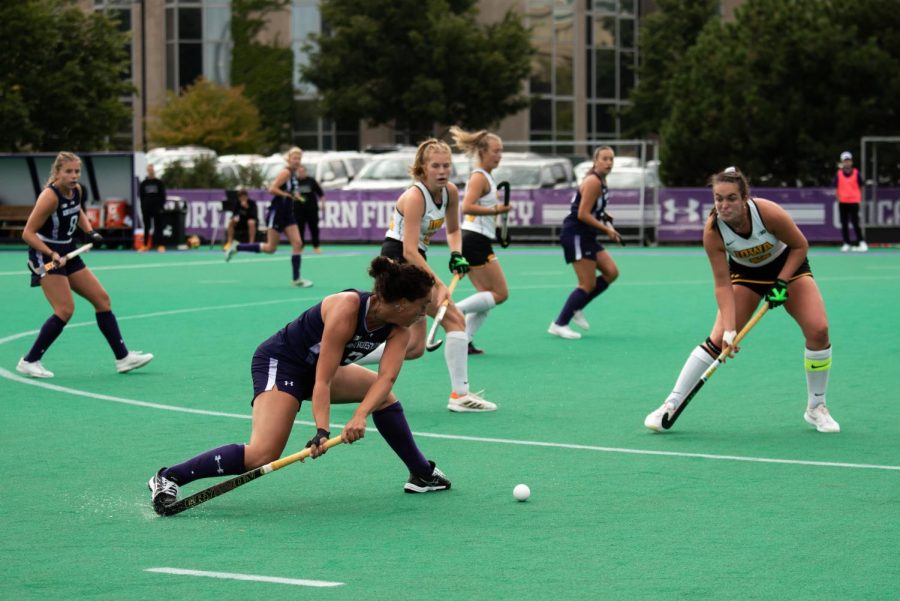 Northwestern’s dominance on penalty corners was on full display this weekend.

Fifth-year forward Bente Baekers punched in a low, powerful shot off a penalty corner to seal a 2-1 victory against Indiana on Friday. Two days later, sophomore midfielder Lane Herbert tallied a score from point-blank range to open up the scoring against Miami (OH) on Sunday.

Friday’s matchup initially featured little action, as both the Cats and Hoosiers managed only one shot in the first quarter. But NU took over in the second, tallying seven shots and dominating possession. The Cats rode this momentum into the second half, notching two goals in a three minute span. The Hoosiers swiftly responded at the beginning of the fourth, but couldn’t stage the comeback.

NU next traveled to Oxford, Ohio, taking on Miami in its regular season finale. Sunday’s matchup was similarly a back-and-forth affair at first, as the Cats and RedHawks traded possession in the first quarter but couldn’t capitalize. NU built offensive momentum through the beginning of the second quarter, culminating in Herbert’s goal in the 25th minute. While Miami managed a goal in the third quarter, the Cats hung on for a 3-1 win.

NU will return to action in the Big Ten Tournament on Thursday, where it will take on Rutgers. The teams last met in early October, when the then-No. 23 Scarlet Knights upset the Cats in Piscataway.