Welcome to the first edition of the 2022-23 New Jersey Devils’ prospects preview. I’ll first take a look at how the Devils’ European-based prospects are performing during the first few weeks of their seasons before moving on to the North-American-based prospects in the next few days. The organization has an extremely deep prospect pool with a lot of players to go over, so let’s begin.

Shakir Mukhamadullin Loaned Back To Ufa

Shakir Mukhamadullin was loaned back to his Kontinental Hockey League (KHL) team, Salavat Yulaev (Ufa), for the 2022-23 season after recording two assists in three Calder Cup Playoff games last season with the Utica Comets of the American Hockey League.

The former first-round draft pick scored his first goal of the season Friday in Ufa’s 3-0 win. Mukhamadullin only has one assist on the season, but it’s not for lack of trying. He is second amongst Ufa defensemen with 26 shots on goal, even though he’s fifth in ice time per game. He also leads all Ufa skaters with a successful passing rate of 88.77 percent, amongst players who played at least two games. 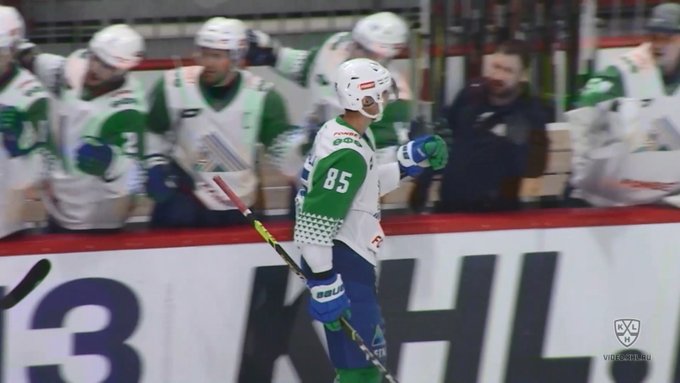 Mukhamadullin is in a tricky position after the Devils drafted two defensemen in Luke Hughes and Simon Nemec in the first round of two consecutive drafts; not to mention Seamus Casey, who was picked in the second round of the 2022 Draft. He was always viewed as a high-risk, high-reward type of prospect but questions should be raised about his NHL future when the Devils loaned him back to an underwhelming Ufa team after he signed his entry-level contract and proceeded to select multiple defensemen high in the draft in the following years.

Arseni Gritsyuk was the Devils’ break-out prospect last season after recording 16 goals and 12 assists in 39 games with Avangard on his way to winning the KHL Rookie of the Year award. He also represented the Russia Olympic Committee (ROC) at the 2022 Beijing Olympic Games, where he recorded one goal, two assists and the game-winning goal in a shootout to send the ROC to the gold medal game, where it ultimately lost to Finland. 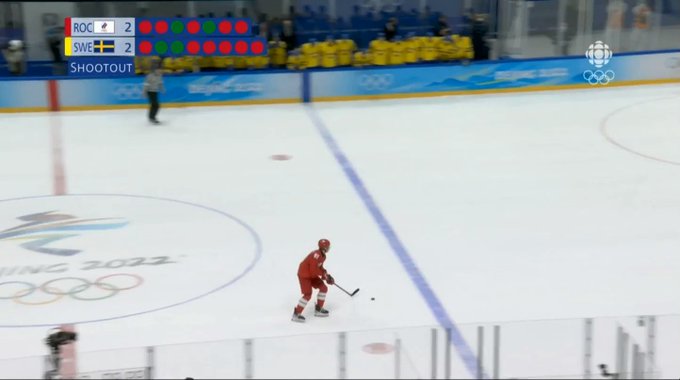 Gritsyuk looked to build off last year’s success, but he hasn’t seemed to continue his momentum into this season. The former fifth-round draft pick started the year on the top line for Avangard, but has since been demoted to the third and fourth lines, after only recording one goal and four assists in his first 13 games. He also is second on the team with 12 penalty minutes, a stat that is not typically a positive one for a 5-foot-10 skilled winger.

Avangard is a bottom five team in the KHL with five wins, seven losses and one shootout loss. Gritsyuk seems to be heading down the lineup on a bad team, but his contract expires at the conclusion of the 2022-23 season. Could we eventually see management make an effort to bring him to North America to develop in the Devils’ system?

Topias Vilen signed his entry-level contract with the Devils in May and attended Devils’ development camp and training camp, where he caught the eyes of all the coaches who watched him.

“Boy what a game by him for a guy just getting off the plane yesterday,” said Utica Comets’ head coach Kevin Dineen, who coached the Devils during the Prospects Challenge. “I’m really looking to see him when we get to NHL camp here and watch him play against NHL players. I thought he made a great statement today with his game.”

The Finnish defenseman skated on a pair with Reilly Walsh last Monday during the Devils’ first preseason game against the Montreal Canadiens and finished with one shot on goal, one blocked shot and a plus-1 rating in just over 17 minutes of ice time. Vilen also finished with 1.08 expected goals-for (xGF), which was second on the team only behind Damon Severson.

Vilen was loaned back to Pelicans of Liiga in Finland on Friday where he is expected to play on the team’s second defensive pair.

The Best of the Rest

Nikita Popugaev returned to professional hockey on a one-year contract with Sochi after retiring to pursue a career as a social media influencer. The Devils drafted him in the fourth round of the 2017 Draft, but the 6-foot-6 winger decided to retire at the age of 22, citing his desire to try something new. Fast-forward just 12 months and he is back playing hockey with Sochi where he’s recorded four goals in 12 games.

Zakhar Bardakov is off to a quick start with SKA Saint Petersburg, where he has two goals and four assists in 12 games. The 6-foot-2 winger was drafted in the seventh round of the 2021 Draft.

Jakub Malek recorded 32 saves and a win in his Liiga debut with Ilves two weeks ago where he was just one second away from his first career shutout. The former fourth-round pick has a 1-1-1 record in his four appearances with a 2.84 goals-against average and a .895 save percentage for an Ilves team that is first in the Liiga with five wins, two losses, one overtime win and one overtime loss.

Daniil Misyul continues to play a larger role for Lokomotiv Yaroslavl, where he skates on the second defensive pair. The physical defenseman was drafted in the third round of the 2019 Draft and is currently third on his team with 14 hits.

Which European-based Devils prospect has the biggest chance to make an impact at the NHL level? Please share your opinions in the comments section and be sure to check back for part two where I’ll preview the prospects set to play in NCAA and major junior.

Mason works in the sports gambling industry but his true passion lies in the game of hockey. He covers the New Jersey Devils for The Hockey Writers and spent time in the past covering Penn State men’s hockey for various online media outlets. Feel free to send him an email or follow him on Twitter to further connect.

No. 1 Buckeyes set to travel to No. 8 Minnesota Duluth, kick off road stretch