LUKE TRAINER really lives up to his nickname “The Gent”.

The light-heavyweight star is a ruthless fighter in the cage but a searingly-humble foster carer outside of it.

Trainer has been inspired by his parents who have fostered kids in their home since he was 12 – and now he is using his Bellator platform to continue the legacy.

His inspiring path is similar to Manchester United icon Marcus Rashford, who has become a national hero for campaigning for free school meals for the nation’s children since 2020.

When Trainer, 26, was asked if he is the Rashford of the MMA world, he replied: “I don’t know about that!

“I don’t want to speak for him but just using that example of what he did for kids that couldn’t afford school meals. 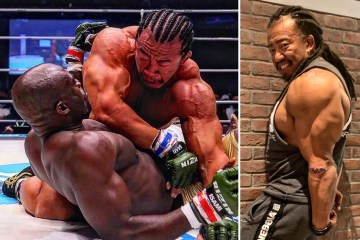 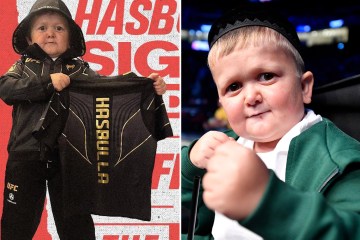 “I can 100 per cent guarantee the way he was able to feed so many children was more of an accomplishment to him.

“That made his soul a lot happier than winning any football match and it’s the same for me.

“The way my family has been able to help turn the lives of children around and the stories we have come across – any MMA fight doesn’t compare.

Stevenage-born Trainer returns to action at Bellator Milan this Saturday against Lucas Alsina.

He comes off the back off a shock career first defeat to Simon Biyong in London in May.

Rashford often became a target for his campaigning when his performances dipped, but like Trainer, he vowed to never give up in his tireless fight for the nation’s kids.

Trainer believes his work in foster care actually compliments him as a martial artist, as he focuses on “war” and “destroying” Alsina.

He added: “It doesn’t scare me or make me think if I keep doing this stuff with the kids then its going to take away from my MMA career.

“It keeps me grounded and reminds me that there is so much more to life than fighting in the cage in my underwear.

“If my MMA career went to s*** tomorrow I’d be cool because I’d have my life’s purpose still at hand.”

Trainer, with a 5-1 record, even harbours big plans of linking his work in foster care with the Bellator brand.

He added: “I work with a fostering network and the plan is to open some sort of training session each week for a bunch of kids.

“I would love to get Bellator involved. I’ve got some ideas where we could kit the kids out with some Bellator gear.

“It keeps it all in house. I love Bellator as a company and they seem to love the stuff that I’m doing with these kids.

“I know the kids are such big fans. It would be a lot to them to be able to repping some boxing gloves that have a big old B on it!”

‘The Gent’ had previously won his first five fights, three by KO or TKO, also picking up a win on his last visit to Milan with a stoppage win over Alex O’Toole in 2020.

And he is hungrier than ever to put right the loss he suffered last time out.

He said: “I’m excited and its going to be nice now to bounce back from adversity.

“The kids I work with have been through a lot more than I have.

“Losing in an MMA fight is nothing compared to what they’ve been through.

“The bounce back they’ve been through makes it easier for me because I know it could have been a lot worse.

“Ive got a lot of people behind me backing me including those kids that I look out for.”

Watch Luke Trainer in action at BELLATOR 287: Piccolotti vs. Barnaoui live on BBC Three and BBC iPlayer on Saturday, October 29, from the Allianz Cloud Arena, Milan, from 5:30pm BST