Mario Andretti joked about returning to the track with McLaren CEO Zak Brown for the past couple years, but Saturday it became a reality.

Andretti, the most accomplished American driver in Formula One history and one of the iconic names in motorsports, climbed back into a cockpit for a spin in a modern F1 car at age 82.

“My bucket list is pretty much satisfied,” Andretti told RACER after the session. “Anything that we do after this will be icing on the cake.”

Brown, who oversees McLaren’s F1 team and other company operations, arranged for Andretti to drive the 2013 McLaren MP4-28a model at Laguna Seca in Salinas, California. The two previously discussed the session during an on-air interview at the 2022 Miami Grand Prix in May. 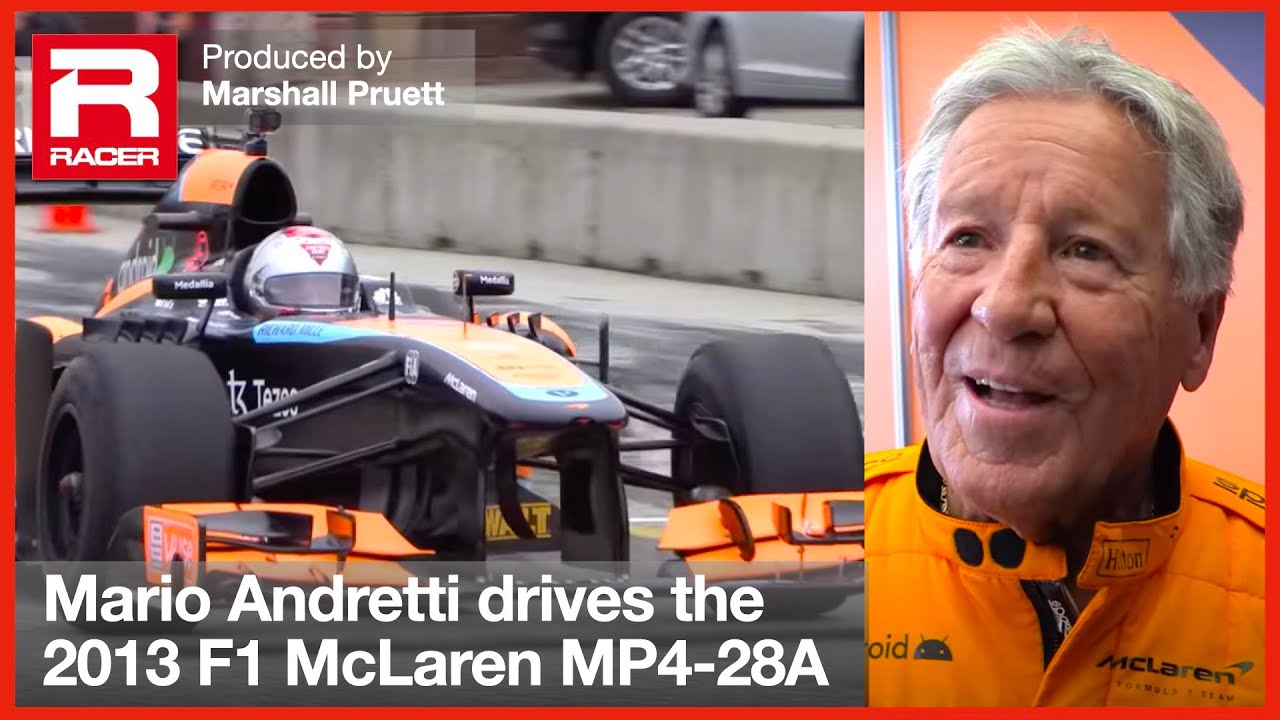 Returning to the site of his final IndyCar race in 1994, Andretti had himself a joy ride Saturday.

However, in typical Andretti fashion, he thought he left some time on the track.

“It’s sweet but obviously I left a lot on the table,” Andretti said. “It’s all about getting the proper gearing and some of the problem for me was the way my helmet was vis-á-vis my steering wheel. I couldn’t see the numbers on my downshift. In some corners I got it right and in others I didn’t.

“In general, though, it is what I expected. It’s a sweet feeling as a driver, so satisfying. The car just does what it should do.”

Andretti also had an illustrious IndyCar career, winning four championships. His son, Michael Andretti, is the owner of Andretti Autosport, which competes in IndyCar and various other racing series.

Andretti Autosport has tried to join the F1 grid in recent years but to no avail. According to RACER, the Andrettis made an attempt to purchase the Alfa Romeo F1 team in 2021, but the deal fell through. Andretti Autosport has since applied for an expansion spot on the F1 grid for the 2024 season. Determination from the FIA, the global governing body of motorsport, is pending.

If Andretti Autosport made the F1 leap, could a triumphant return to the track be in the cards for the elder Andretti?

In additional to his racing days likely being behind him, a driver must accumulate a certain number of points from racing in other series and/or test-driving F1 cars in order to be eligible to participate in F1 — a system that has drawn considerable criticism after the seven-time IndyCar race-winner was denied.

Though Andretti did say, with a wry smile, he was “trying to get points for my Super License” by driving the McLaren around Laguna Seca.