After his pro-am round ahead of last week’s LIV Golf Team Championship in Miami, Brooks Koepka spoke about how everyone from players to caddies and coaches to managers have enjoyed their time on the upstart series in its first year.

“It’s been fun to see a lot more smiles on people’s faces. I think everyone’s genuinely happy,” said Koepka at Trump National Doral after his round with the club’s namesake and former President of the United States, Donald Trump. “I think the way there’s food for the caddies, the way they’re treated like human beings, I think that’s nice as well, because I’ve seen both sides, and not everybody’s seen both sides.”

The four-time major champion used the same line on caddies being treated like human beings back in September, and while it’s an unfair, indirect comparison to how the PGA and DP World tours treat caddies, there is a stark difference in a looper’s experience with LIV compared to on the various tours.

“You feel more included. The little stuff, like just being able to go into the player dining and eat, and my wife can go in there and hang out and they let her go in all the Club 54’s and get some air conditioning and get a snack, stuff like that,” said Austin Johnson, brother and caddie for LIV’s season-long champion and 24-time winner on Tour, Dustin Johnson. “The Tour was great to us, it was a great place to work, LIV is just better quality of work for caddies.”

“I’m the most-spoiled caddie in the history of golf, don’t get me wrong,” he continued, “but like a lot of these guys, to have all the expenses paid for, to show up to work and know they’re gonna get a paycheck, it’s life changing. It really is.

“I’m not trying to talk bad about the PGA Tour, I’m just trying to highlight how great it is out here. I sound like a spoiled little kid but it’s just nice to be done with the round and I can go sit up in the air conditioning, have lunch with Dustin, have a decent meal versus walking over to some tent and hoping there’s food in there.”

Travel. Hotel. Shuttles. Food. It’s all covered by LIV. On the other tours, those caddie expenses come out of their own pocket. If you and your player miss the cut, you’re leaving empty-handed. That life-and-death weekly grind isn’t for the faint of heart, and LIV’s 54-hole, no-cut events make for a much more relaxed vibe and work environment on the course.

“I think it’s just different out here,” said Chris Rice, who carries the bag for Harold Varner III and spent nine years on the DP World Tour and five on the PGA Tour. “There’s obviously no cut, which helps. That’s why everyone’s got a smile on their face because on the PGA Tour, you’re playing for your livelihood, and if you miss the cut — it’s a bit different for the top guys because they’re always gonna make a lot of money, but for the guys that are lower down and fighting to keep their cards and pay for their family and stuff like that, I think everyone’s just a little bit more relaxed.”

Rice said the lack of a cut takes some of the pressure off, while Johnson argued he feels more pressure when he and Dustin are in contention in LIV events compared to when they were on Tour.

“There’s so much on the line, the difference between first and second is almost $2 million,” he said. “That’s huge. ‘Okay, you didn’t win, you get $2 million,’ but hell, could’ve won and made $4 million.”

“The level of competition, everyone’s like ‘Oh, there’s no cut, what’re you worried about?’ but these guys want to win, they want to beat each other,” added Johnson. “We see each other all the time, we tee off at the same time, eat at the same time, you think these guys like watching (expletive) Dustin just dominate the individual thing? Nah man, it’s as competitive as it could get out here.”

LIV will transition to its 14-event league format in 2023, and officials are banking on the team aspect to commercialize the product and add a revenue stream it currently doesn’t possess. While fans have been slow to get on board, players and caddies are all-in on the teams.

“The team aspect is my favorite part,” said Johnson. “We go to team dinners and we’re hanging out together, we travel together sometimes when we can. Next year it’s going to be implemented a lot more with the team aspect. It’s exciting. It’s fun. It’s been rejuvenating, a breath of fresh air.”

“The whole team aspect is great because everyone’s playing for each other,” Rice agreed. “It’s not just playing for themselves. Because you’re playing for a team. It’s just different to what we normally play for.”

“Pat Perez’s caddie, he worked a few years out on Tour where he might not even have broken even,” said Johnson, using Perez’s longtime looper Mike Hartford as an example. “Flying around the world 30 weeks a year, sharing hotels, sharing rental cars, sharing pizzas, working your ass off and losing money. That shouldn’t happen in America, especially not from a corporation that makes hundreds of millions of dollars off the guys out there working. That’s not right in my opinion.”

Hartford has been walking with Perez dating back to his first year on Tour in 2002. Over the last 20 years, Perez made $29,103,072 on Tour. Across seven LIV events, with a best finish of T-15, Perez cleared more than $8 million in LIV’s first year.

“It’s life changing. I’m just glad my player took me to come and I’m thankful for that, I feel grateful to be here,” said Hartford after he and Perez helped the 4Aces win the inaugural team championship last week. His experience with LIV has been positive, and it’s more than just the money.

“We’re more part of the team. I’m able to go to the dining with Pat, they take care of my hotel expense, my travel, airlines, all the transportation is provided, they make you really feel like you’re just another player, which is awesome.”

Rice said caddies are constantly asking if jobs are open, and he can’t resist the urge to “wind up the boys” each time when they do. But when it’s time to get serious, he’s honest about his experience thus far.

“If you get an opportunity to come out here, it can be life changing,” said Rice, echoing the similar sentiment felt by most LIV caddies. “I think hopefully down the line, I think everyone will start coming together. For the time being, we’ll see how it plays out.”

“I respect the opinions of those who want to stay away from LIV because of its complicated and controversial ties,” an anonymous LIV caddie recently told Golf Digest. “That said, out of my dozen or so closest caddie friends on Tour, half of them are doing everything they can to find a way to LIV. To a lot of us, it’s an opportunity we can’t afford to pass up.”

That money versus morals debate has been a point of contention with LIV since the series was announced. Due to Saudi Arabia’s Public Investment Fund being its sole backer, LIV Golf has long been criticized as a way for the Kingdom to sportswash its human rights record. Saudi Arabia has been accused of wide-ranging human rights abuses, including politically motivated killings, torture, forced disappearances and inhumane treatment of prisoners. Not to mention members of the royal family and Saudi government were accused of involvement in the murder of Jamal Khashoggi, a Saudi journalist and Washington Post columnist.

“I don’t really get involved too much, I don’t really read a lot into it. Everyone’s gonna have their opinion on it and that’s their own personal opinion. I can just give you an opinion on how I found it since I’ve been here,” said Rice. “I think if anyone gets the opportunity, they will for sure come out.”

“It’s like they got a group of caddies together and asked them to design a tour,” said Austin. “I honestly don’t know what they could do to make it better, have someone carry the bag for me is about the only (expletive) thing I can come up with.”

Players, fans, the PGA Tour and more: The winners and losers from LIV Golf’s first year 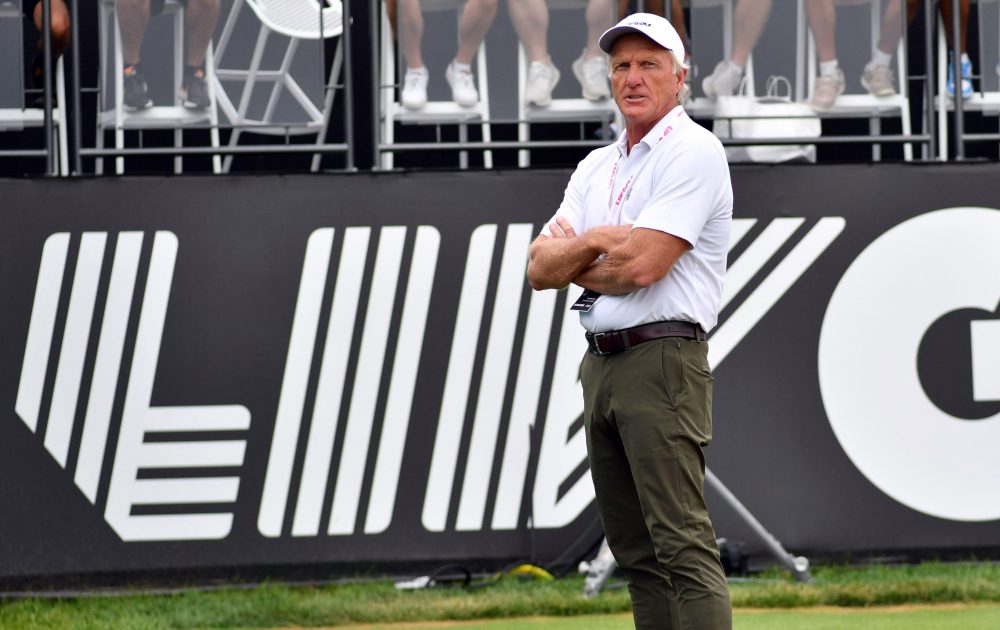