MMA Junkie has confirmed with multiple sources that the Japanese welterweight will make his debut on Feb. 4, 2023, against Adam Fugitt at the UFC Fight Night event taking place in Seoul, South Korea.

Kinoshita, 22, fought at DWCS 52 in August where he finished Jose Henrique in the third round with hard ground and pound. His performance impressed White and the UFC matchmakers, becoming the first fighter from Japan in DWCS history to earn a contract offer.

Kinoshita (6-1 MMA, 0-0 UFC) has only lost one fight in his career, a disqualification after grabbing the fence. All of his victories have been stoppages, five of which came in the first round, with the other in the third against Henrique.

Fugitt (8-3 MMA, 0-1 UFC), 33, will look to pick up his first victory in what will be his second fight under the UFC banner. He debuted with the promotion at UFC 277, losing by third-round stoppage to Michael Morales.

With the addition, the current Feb. 4 lineup includes:

Matchup Roundup: New UFC and Bellator fights announced in the past week (Oct. 24-30) 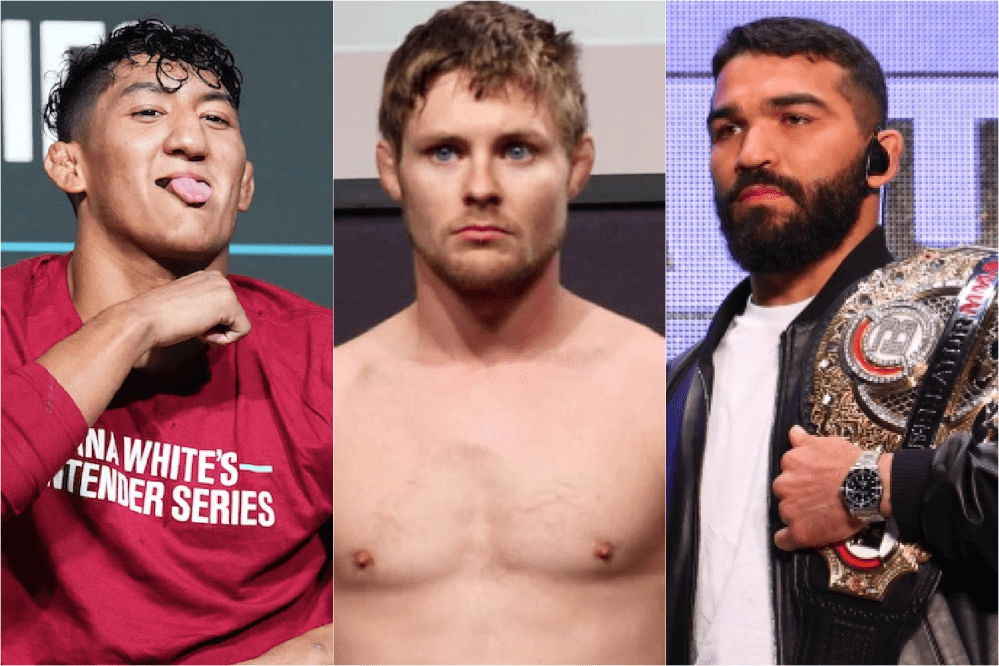