Is Jeremy Peña On Course to Become an MLB Hall of Famer? 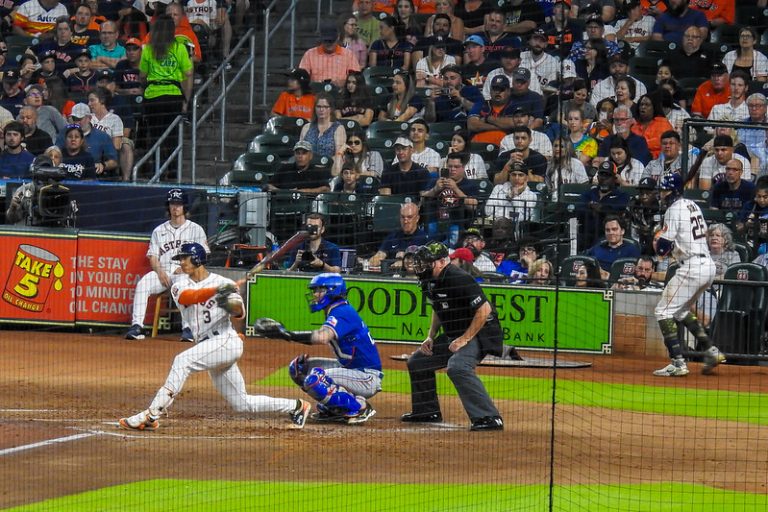 It’s extremely difficult to make the MLB Hall of Fame for any player, but Houston Astros shortstop Jeremy Peña has gotten off to a nice start. He came in as the replacement of fan favorite Carlos Correa, leaving in free agency, and at 25 years old, Peña has shown to be an excellent player. Today, we are going to discuss why when he calls it a career, Jeremy Peña will end up in Cooperstown.

With the World Series right around the corner, it is more important than ever to get your MLB picks in. It will definitely be interesting to see how Jeremy Pena will look in this series and how it will look for the Houston Astros as they go for their second-ever World Series.

The AL Rookie of the Year Award has not been announced as of this writing, but it seems like Jeremy Pena is not going to win the award, and that is okay because he still had an amazing rookie season. During the regular season, he finished with 22 home runs and 63 RBI while stealing 11 bases. The MLB Hall of Fame is a lot about the numbers and the hardware that you collect throughout your career.

Jeremy Pena collected his first trophy during the American League Championship Series against the New York Yankees as he won the 2022 ALCS MVP on a stacked team; he finished with a .353 batting average and a .991 OPS while driving in five runs and scoring seven times in the four-game sweep. His numbers have shown he can produce in the postseason, and being on the Houston Astros, one of the best franchises currently in the game today means that he should end up in the playoffs and has a lot of chances to win awards throughout the year with a deep lineup. It makes a lot of sense for the Houston Astros to continue being one of your MLB picks today, as they are a great team.

Being on a great team helps your case. Let’s talk about Derek Jeter, a player who was one vote away from being a unanimous Hall of Fame shortstop. What is the most talked about thing with his career? His five World Series Championships and this Astros core has a chance to win multiple rings before Pena is even arbitration eligible.

Jeremy Pena continuing to be able to improve as an MLB shortstop should definitely be one of your MLB predictions, as he did not struggle too badly in his rookie season. During the regular season, he committed 19 errors, which was tied with Bobby Witt Jr of the Kansas City Royals for the third most in baseball. It is definitely okay, as things are faster in the majors, and he has shown the ability to flash the leather.

His defense is going to improve over time, and having a former AL MVP in the second baseman Jose Altuve as his double play partner is going to be a huge plus for him to continue improving on that side of the game. He has the good arm strength to make throws in the hole and should be able to defend even better throughout his entire career.

It is only his rookie season, so he needs to put up the numbers for a sustained amount of time, but at 25 years old, he is on an incredible start. He has a chance to win a World Series as a rookie, and that is a great start as well has hitting extremely well in the playoffs. He has power and should do well enough to expect his counting stats (hits, home runs, RBI, stolen bases) to continue improving year after year and make the numbers more comparable.

Do you think we are watching a future Hall of Famer in Jeremy Pena, or is he going to be a very good player on a good team?

Subscribe to the Sounds and Colours Newsletter for regular updates, news and competitions bringing the best of Latin American culture direct to your Inbox.