How good is the Bellator vs. Rizin cross promotion for MMA?

Bellator and RIZIN are advertised as adversaries for their upcoming Dec. 31 event. But are they really?

In a move rare among major MMA promotions, the two organizations have agreed to a co-promotion that will feature five head-to-head main card matchups featuring Bellator and RIZIN fighters competing against one another.

Champions from both organizations are on the marquee, including a headlining bout between Roberto de Souza and A.J. McKee, as well as a co-main event between Patricio Freire and Kleber Koike Erbst.

This move is unusual, but what does it mean to the viewers and the sport of mixed martial arts as a whole? Could MMA use more cross-promoting or is its interest and viability overrated?

Our “Spinning Back Clique” panel of Danny Segura, Farah Hannoun and Brian “Goze” Garcia give their reactions to the event with host “Gorgeous” George Garcia. You can watch their discussion in the video above and check out this week’s full episode below.

“Spinning Back Clique” is released each Monday LIVE on MMA Junkie’s YouTube channel. 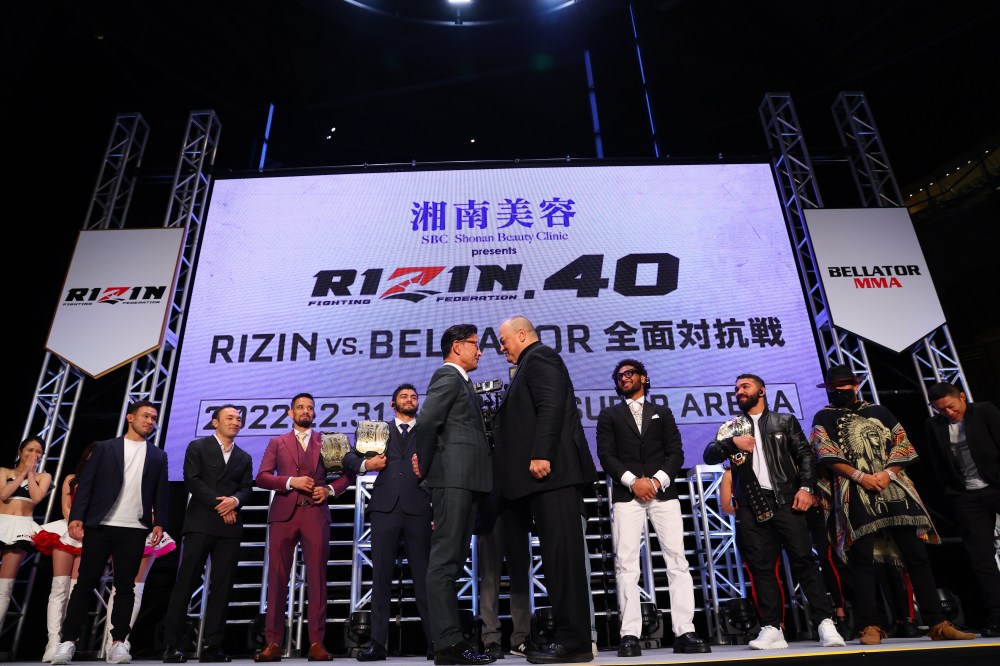