Harry Kane ‘can envisage a move to Bayern Munich’ according to reports in Germany, as Bundesliga champions continue to monitor the England striker, who is yet to extend his Tottenham contract beyond 2024

By Will Pickworth For Mailonline

Bayern Munich are reportedly continuing to monitor Tottenham star Harry Kane ahead of a potential move to the German champions.

Kane, 29, was widely linked with a transfer to Manchester City last summer, but Pep Guardiola’s side were unable to meet Spurs’ asking price.

His Tottenham contract runs until 2024 and the England skipper is yet to extend his deal.

According to Sky Germany, Bayern are willing to make a move for Kane if he doesn’t sign a new contract with the north London side. 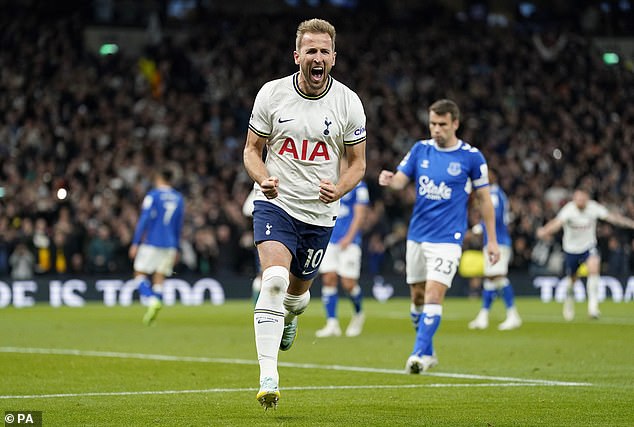 The report also states that Spurs’ talisman may be interested in the move in order to achieve his long-held ambitions of winning trophies, along with the opportunity to seek a fresh challenge as he enjoys the peak years of his career.

Bayern are said to have contacted Kane’s management last summer in the aftermath of Euro 2020, when the forward was looking for a departure from Tottenham.

However, he remains focused on his role at Spurs in the meantime and is yet to make a decision on whether to extend his deal with the club. 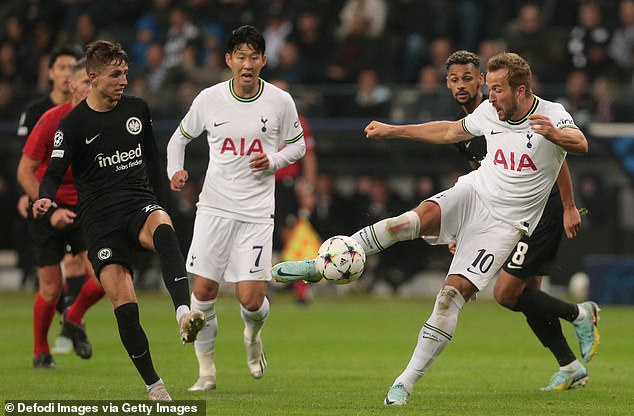 Kane is yet to sign an extension to his deal with Spurs, with his contract set to expire in 2024

Ahead of their Champions League clash with Eintracht Frankfurt last week, Kane was pressed on reports that he had been linked with a move to the Bundesliga giants.

While flattered by the interest as he called Bayern a ‘top, top club’, Kane insisted he is only focused on doing well with Spurs.

He said: ‘I’m focusing on Tottenham Hotspur and trying to do our best.

‘For sure Bayern are a top, top club but all my concentration is on Tottenham and trying to win tomorrow night.’ 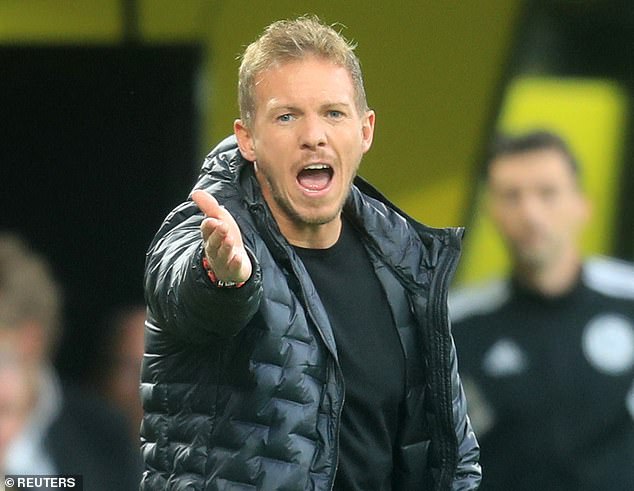 Kane, who is on the verge of becoming England’s all-time top scorer, having netted 51 times in 75 caps, is enjoying a fine season for Antonio Conte’s side.

He has scored 10 times and added two assists in 14 games across all competitions and helped guide Spurs to third place in the Premier League.

They’re back in action on Wednesday night as they face Erik ten Hag’s Manchester United side at Old Trafford.

“Simone Inzaghi Is Exceptional, We Must Focus On Beating Napoli After World Cup”

Mexico is the only team from CONCACAF without a goal