Kwesi Nyantakyi believes Brazil are favourites for the 2022 FIFA World Cup following their rich run of form in recent times.

The Selacaos defeated Ghana 3-0 in a friendly during the international break. Richarlison scored a brace to add to Marquinhos early header.

Nyantakyi, who was speaking to Kick TV GH, assessed the Black Stars team as he tipped Brazil for success in Qatar.

“I will wish for Ghana to win the World Cup. But realistically, if you look at this Brazil team, they can win the World Cup. They have a very strong team. I won’t be surprised if they win it,” Nyantakyi said as quoted by GHANASoccernet.com. 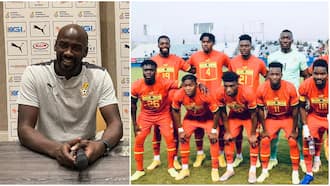 Brazil have been in superb form since losing the Copa America to Argentina in 2021. The South Americans are on a run of 16 games without defeat, winning 12 of those matches.

Earlier, Sports Brief reported that Richarlison netted a first half brace as Brazil cruised to victory against Ghana in their penultimate friendly ahead of the 2022 FIFA World Cup in Qatar.

The Selacaos got off to a bright start with Richarlison getting the first chance after just four minutes, but the Tottenham forward missed by inches wide. 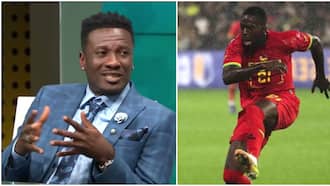 Brazil thumped Ghana 8-2 in a friendly

The Black Stars are preparing to face Brazil in an international friendly in Le Havre, France on Friday as both teams test their strength ahead of the World Cup in Qatar.

Ghana and Brazil have had a long standing history in football, with both sides enjoying a fair bit of victories as well as enduring some failures.

A video of Ghana’s worst performance against Brazil has popped up on the internet nearly three decades after the encounter.