You have to go back nearly eight years since Dustin Jacoby lost an MMA fight.

Granted, he put MMA on pause after Bellator 132 in January 2015 and signed with Glory Kickboxing and made that sport his trade for a few years. He had a one-off MMA return in 2019, then came back full steam ahead in 2020.

After Jacoby fought his way back into the UFC through Dana White’s Contender Series, it’s been nearly all good. The only speed bump the past two years was a split draw with Ion Cutelaba in May 2021.

Jacoby has gone 6-0-1 since he got back into the UFC, and he’s hit the top 15 of the promotion’s light heavyweight rankings. But he has his eye on bigger and better.

“I’ve been paying my dues,” Jacoby told MMA Junkie Radio. “It’s been a long road. It’s been an 11-year journey. Something that’s really cool: I made my UFC debut Oct. 29, 2011, and here I am fighting Khalil Rountree Oct. 29, 2022. So it’s been one hell of a journey – a lot of ups, a lot of downs, and a lot of perseverance to get to where I’m at right now. But I feel like I’ve never been better in my career and I think I have a great opportunity to go and showcase my skills against another great, elite standup striker in Khalil Rountree.”

If Jacoby beats him in Las Vegas, it’ll be hard to deny him a shot an opponent in the top 10. And he has a pretty good idea of whom he’d like that to be.

“In the top 10, that’s the fight I really want to get my hands on: Volkan Oezdemir,” Jacoby said. “I think that’s going to propel me to the next level. (If) I can go in there and beat a guy like that, timing’s everything. We’re a fight or two away from ultimately competing at the grand finale for the UFC light heavyweight championship.

“It seems bizarre saying that, but timing’s everything and the light heavyweight division is wide open for the taking. With Jon Jones being gone, I feel like anybody in the top 10 has the ability to win that championship. I don’t want to look past Rountree. I certainly see myself getting my hand raised and moving forward, taking another step up the ladder, and cracking into the top 10 and go from there.” 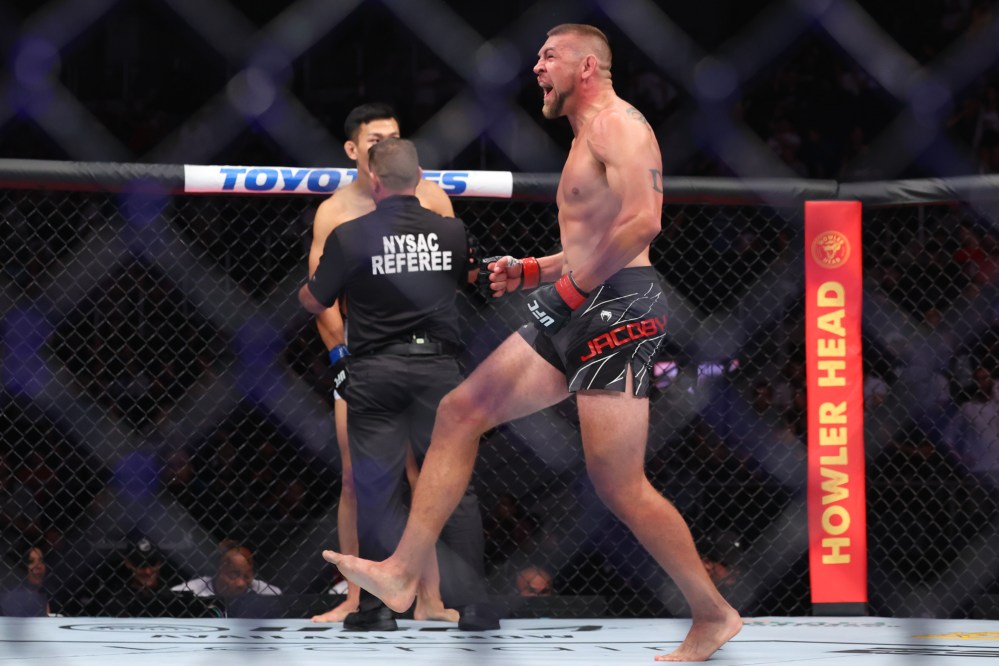