You can argue that the boxing public doesn’t need De La Hoya to tell them that the Canelo-Benavidez fight will never happen because it’s become painfully obvious in the last three years.

While some people will say that De La Hoya is just bitter because Canelo is no longer with his Golden Boy stable, what he says is the truth. At this point, it’s clear that Canelo has no interest in taking on Benavidez.

If Canelo had any intentions of fighting Benavidez, he would have done it last year rather than wasting time fighting paper champions at 168.

The money that Canelo could make fighting Benavidez would be substantial, and it’s a fight that would likely create a lot more interest than Alvarez’s recent trilogy match against a shot-looking 40-year-old Gennadiy Golovkin.

Canelo looked almost as bad against Golovkin as he did in his previous fight against Dmitry Bivol. Alvarez gassed out after six rounds against Golovkin, allowing him to make it close in the end.

The way Canelo fought against Bivol and Golovkin, he would be out of his depth against Benavidez.

It’s not just because Canelo is starting to show his age at 32. Benavidez would have been a nightmare for Canelo if he’d fought him as far back as 2018. Now that Canelo has aged a little during the last four years, he wouldn’t stand a chance against Benavidez now.

Canelo should focus on fighting Benavidez when he comes back from his hand injury next year rather than taking on Bivol right away.

If Canelo were to fight Benavidez in May and Bivol in September, those would be huge match-ups that would attract a lot of interest in the boxing world and, of course, make a lot of money. 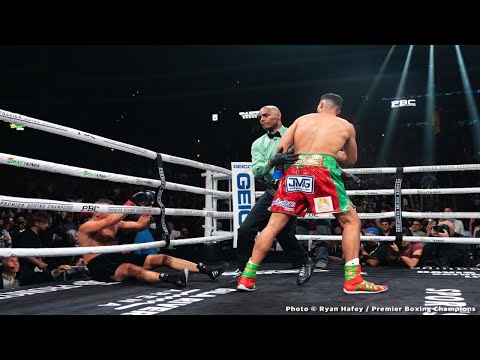