David Benavidez On Canelo Alvarez: “I Can Hurt Him”

By Sean Jones: David Benavidez says he will “hurt” Canelo Alvarez when he finally gets his shot to fight for the title at 168. If the WBC is never going to order the fight, or if Canelo chooses that he’s going to swerve Benavidez indefinitely, there’s no way he’s going to get the chance to hurt the golden-haired superstar.

In other words, Benavidez will continue to be frozen out until he’s forced to give up and move to 175.

Benavidez (26-0, 23 KOs), who is both the mandatory and WBC interim super middleweight champion for Canelo’s belt with that organization, wants the World Boxing Council to do their job already and order the fight.

You got to wonder if the WBC would have taken this long to order the fight if Canelo were the challenger and there was a weak champion holding the belt at 168 with their organization.

Somehow, it’s hard to believe the WBC would wait over a year and counting to order the champion to defend against Canelo.

“I’m the #1 contender for the [WBC 168-lb] belt, and I’ve proven myself over and over again. If I have to keep proving myself until I get that fight [with Canelo Alvarez]then that’s what I’m going to do. I’m not going to lose to no one,” said David Benavidez to Fighthype about him wanting a title shot against WBC super middleweight champion Canelo Alvarez.

“I don’t feel like he took a step back. I just feel the level of opposition was better, tougher, stronger,” said Benavidez when asked if Canelo took a step back in 2022 in his less-than-spectacular performances against Dmitry Bivol and Gennadiy Golovkin.

“He beats Rocky Fielding, then he beats Callum Smith, then he fights Billy Joe Saunders with 12 knockouts, then he fights Caleb Plant, and he has another 12 knockouts. Yeah, he looked really good, but the last two guys he fought at super middleweight [Plant and Saunders] they’re not big punchers.

“Somebody that fights Canelo, they have to have that power where Canelo respects them. Otherwise, Canelo is just going to keep going and walking through your shots all day and looking for the body shot.

“I know if I hit him with any good shot, he’s not going to walk through them like that. I’m not going to say I can knock him out, but I can definitely beat him, and I could hurt him a couple of times. I think I can,” said Benavidez when asked if he can hurt Canelo more than Dmitry Bivol did last May.

“If you saw the sparring I had with Bivol, you’d have been extremely surprised. There are a lot of people that saw it at the Wildcard. I don’t want to say too much. A lot of people seen it.

“Yeah, I feel like I would do better than Bivol, but I just need the opportunity.

“If I have to win ten more fights to get to Canelo, then that’s what I’m going to do. It’s my right. I’ve won the right to fight for the belts. If they don’t want to give it to me, I’m going to go take it from them.

“It’s kind of the WBC’s job to tell them like, ‘This dude [Benavidez]we promised him a belt. He’s fought title eliminators. He has an interim belt.’ If rankings and s**t doesn’t matter, then why do they have the rankings in place?

“I mean, I understand it’s Canelo, and he does what he wants, but you’ve got to respect the rankings system. Who else is he going to fight for the belts? He has all the belts at 168. Is he just not going to fight anybody at super middleweight anymore?

“I’ve been telling everybody I want to get these fights, but there’s only so much you can do when dudes don’t want to fight you,” said Benavidez. 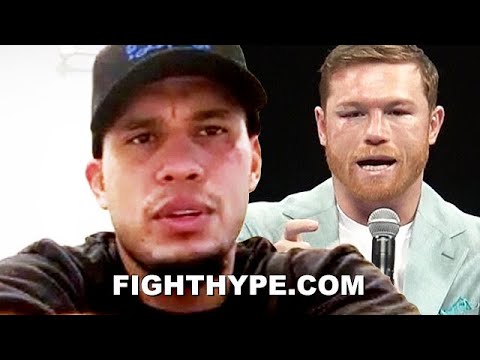