ITHACA, N.Y. – The Cornell field hockey team upset No. 4 Louisville, 2-0, on Sunday, October 23. The Big Red were led by goals from Julia Darmo and Claire Jones. The win marks the biggest upset in program history with highest ranked-opponent win in the 50 years of Cornell field hockey.

Cornell grabbed a goal just four minutes into the contest when Darmo received a direct penalty corner service from Jones. She then dribbled into the arc to rocket a shot into the back of the net. The Big Red allowed just one shot from Louisville in the first quarter of play.

In the second quarter, Cornell moved to a defensive game when Louisville built up some momentum. The Cardinals had five shots in the period compared to Cornell’s zero. Four of the Cardinal shots were on target, but senior goalkeeper Aerin Park kept Louisville scoreless with four saves.

The Big Red sealed the game in the fourth when Jones defected in a penalty corner shot from Ramsey with just 3:22 remaining in the contest.

The Big Red get more ranked action when they next travel to No. 15 Harvard on Saturday, October 29 at 11 a.m. The game will be available to stream via ESPN+.

CHAMPIONS: How Northwestern won their first field hockey title in program history in 2021 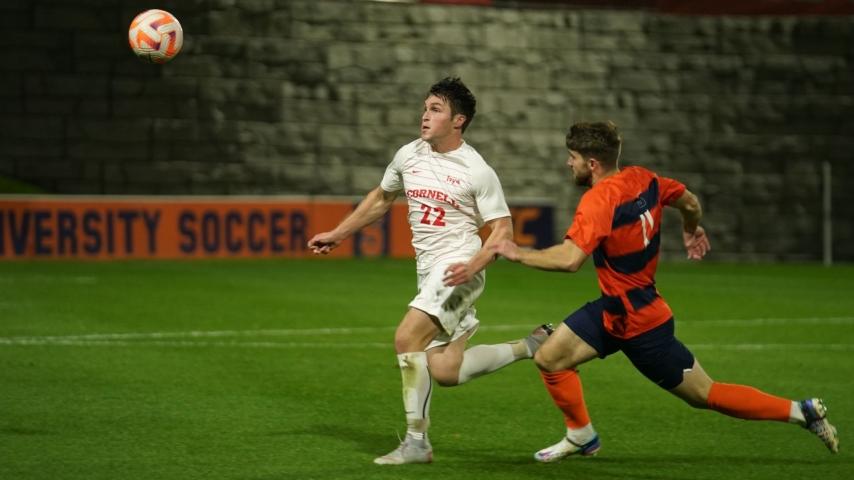 On Tuesday night, at a brisk SU Soccer Stadium, eyes around the country may have been opened wider to the No. 22-ranked Big Red squad as Cornell upset No. 7 Syracuse, 2-1.

Here are the key things to know ahead of the 2022-2023 wrestling season, beginning with Spencer Lee and Yianni Diakomihalis looking for their fourth NCAA titles.

Spencer Lee and Yianni Diakomihalis headline this comprehensive list of 25 of the most interesting wrestlers in the country to know ahead of the 2022-23 season.