A French Ligue 1 match pitting Toulouse and Montpellier was briefly halted after a tear gas incident from the stands left many players covering their noses and eyes, struggling to breathe.

The incident occurred early in the second half, with the home side comfortably leading 4-1, and the referee decided to send players into the changing room. 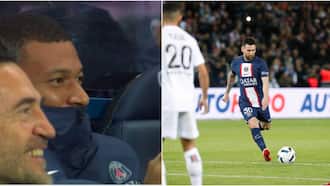 The chemical, often used by riot police, saw players cover their noses and eyes as the irritant continued to fill the venue, according to Eurosport.

The play resumed 15 minutes later, but the hosts were reduced to 10 men after Mikkel Desler received a second yellow card. Montpellier scored their second in the 67th minute.

However, they couldn’t break down the 10-man Toulouse for over half an hour and ended up losing the match 4-2. Montpellier are now just one point ahead of Toulouse with 12 points and 10th in the league.

Fan violence has marred French football in the last few seasons. Last season Nice versus Olympique Marseille was abandoned after Marseille star Dimitri Payet was hit with a bottle from the stands.

On Saturday, French’s interior ministry barred Nice supporters from attending the game at Paris Saint-Germain (PSG) and visiting the French capital, according to the Washington Post. 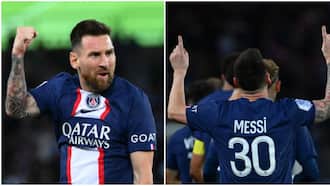 PSG won the entertaining encounter 2-1 thanks to a well-taken Kylian Mbappe goal from the bench.

The free-kick was Messi’s second this past week after netting an equally beautiful one against Jamaica during the just concluded international break.