By Dan Ambrose: Adrien ‘The Problem’ Broner has called out MMA fighter Nate Diaz for a boxing match. Some fans would see this as a sign of desperation on Broner’s part, looking to fight a non-boxer.

This move suggests that Broner is no longer confident enough to fight a boxer, so he’s now stooping to the level of fighting an MMA guy. Of course, it could be worse. Broner could be calling out one of the YouTubers like Jake Paul or Logan Paul.

It’s questionable whether any promoter would be willing to take the chance of putting a fight together between the 33-year-old Broner and 37-year-old Diaz. The last thing a promoter needs is to schedule the Broner-Diaz fight, only to have Broner pull out.

The former four-division world champion Broner (34-4-1, 24 KOs) recently pulled out of a scheduled fight against Omar Figueroa Jr on August 20th due to mental health issues.

Broner looked old & worn out during the build-up to the Figueroa Jr fight. It’s unclear whether Broner has been taking care of his physical health, as he appears to have aged considerably in the last three years, and he looks nothing like the fighter he’d been during the zenith of his career between 2011 & 2013.

Broner hasn’t fought in 20 months, and he looked terrible beating Jovanie Santiago by a questionable 12 round unanimous decision on February 20th, 2021.

“Adrien Broner: @natediaz209you coming over to boxing I will give yo a$$ everything you looking for #LETSGETIT🆎” said Adrien Broner on Instagram:

It’s doubtful that a fight between Broner and Diaz would sell because it’s been so many years since AB did anything in boxing. Broner’s career has been on the slide since his loss to Marcos Maidana in 2013. That loss for Broner was the beginning of a steep downward slide in his career.

Since losing to Maidana, Broner has lost to Shawn Porter, Mikey Garcia, and Manny Pacquiao.

At this point, Broner has had little too little success for a circus-level fight against Nate Diaz to sell.

If you’re not counting Broner’s controversial results against Santiago, Adrian Granados, and Jessie Vargashis last clear victory was against Ashley Theophane in 2016.

Broner was never really as good as some fans saw him. During his prime from 2011 to 2013, his best wins came against these fighters: 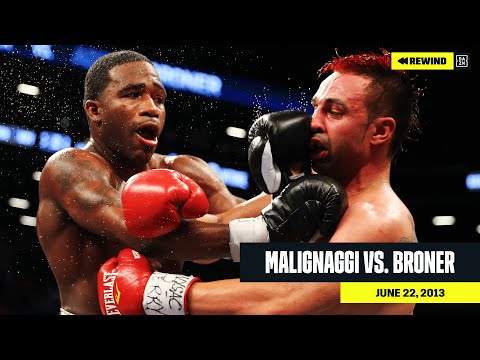 Grant Neal vs. Karl Albrektsson Booked for Bellator 290 on Feb. 4

Since Wrestling Belts Were Reportedly Found In Donald Trump’s Storage Unit, Let’s Take A Look Back At His WWE Appearances