Aaron Judge is a baseball giant, but how does he compare outside MLB?

Just how big is Aaron Judge?

The Yankees superstar, who crushed 62 home runs this season to surpass Roger Maris’ historic mark, is 6-foot-7 and 282 pounds. His size matches his star status.

You’ve seen the picture of Judge next to the 5-foot-6, 166-pound Jose Altuve in which he looks like a real-life giant. But what about Judge next to an average MLB star? Or the biggest stars — literally — from other sports?

Here’s how Judge sizes up to other pro athletes in baseball, football, basketball and soccer.

Judge vs. the average pro athlete

First, here’s what Judge looks like compared to an average player in MLB, the NFL, the NBA and the Premier League.

You can see how much bigger he is than a typical athlete no matter the sport. He’s heavier than an NFL player, taller than an NBA player and dwarfs a Premier League soccer player.

But we want you to be able to visualize the difference. Let’s turn those average sizes into real athletes.

Judge is a star player, so let’s pick out some other stars to compare his size to. 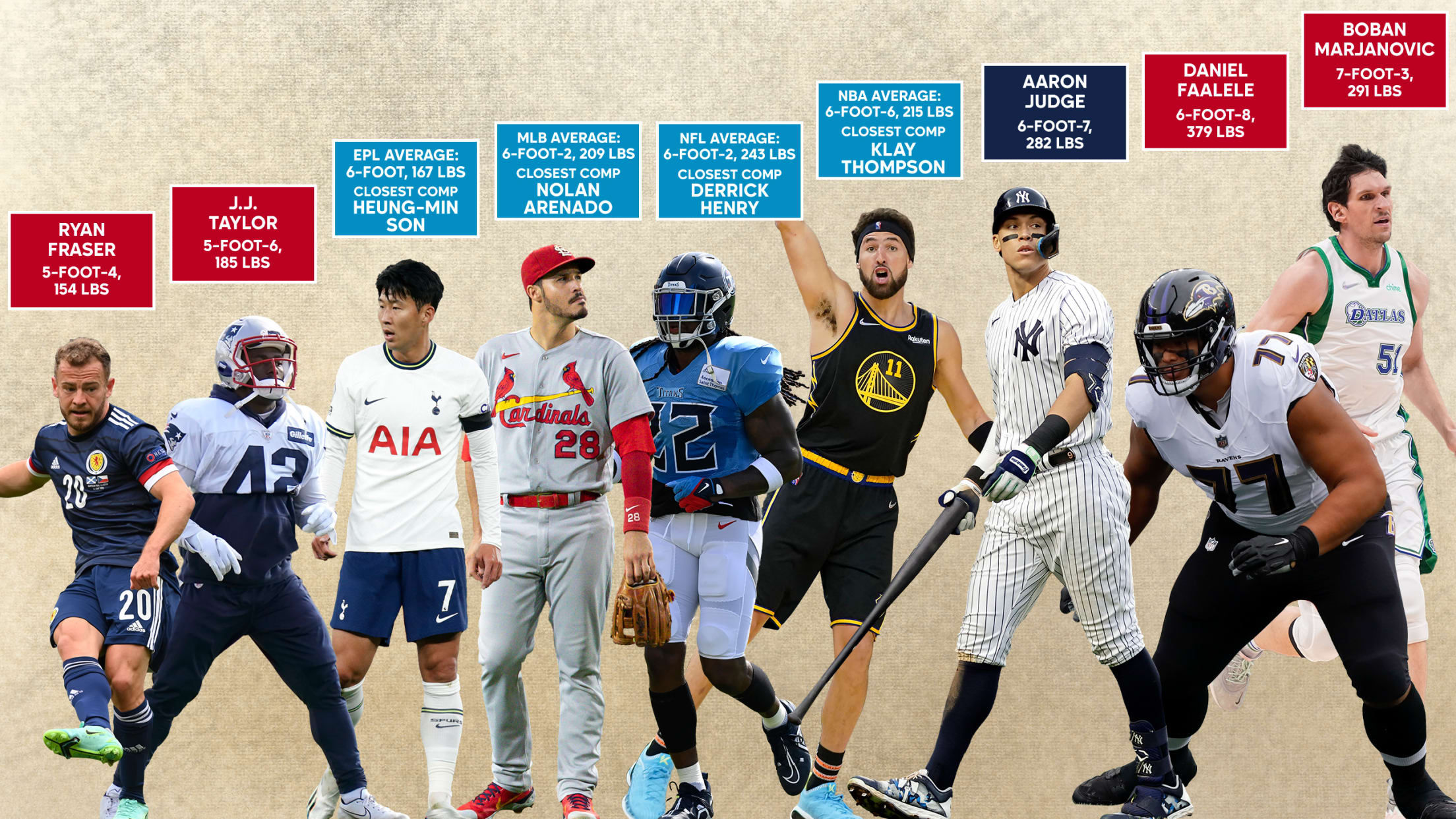 • The average NFL player, combining the wide range of positions, ends up being the size of Titans running back Derrick Henry, who rushed for over 2,000 yards in 2020 … or Cowboys quarterback Dak Prescott (6-foot-2, 238 pounds), who threw for nearly 4,500 yards with 37 touchdowns last year … or Bills pass rusher Von Miller (6-foot-3, 250 pounds), a two-time Super Bowl champion who has had as many as 18 1/2 sacks in a season. Judge is bigger than all of those players by a fairly significant margin. He’s more like a big defensive end, or tight end.

• The average NBA player is 6-foot-6, 215 pounds — exactly the size of Warriors star shooting guard Klay Thompson. But that means Judge is even taller than a typical basketball player, and much heavier. He’s the size of some NBA power forwards.

• A Premier League soccer player is the smallest of the four sports here, with an average size of just 6-foot and 167 pounds … which makes sense given the demands of the sport. That’s just like Liverpool star scorer Heung-min Son, who tied Mo Salah for the Premier League lead in goals last year. Soccer players who rival Judge in height are almost all goalkeepers and defenders, and no one comes close in weight. Even the heaviest EPL players are just over 200 pounds, around the size of an average MLB player. 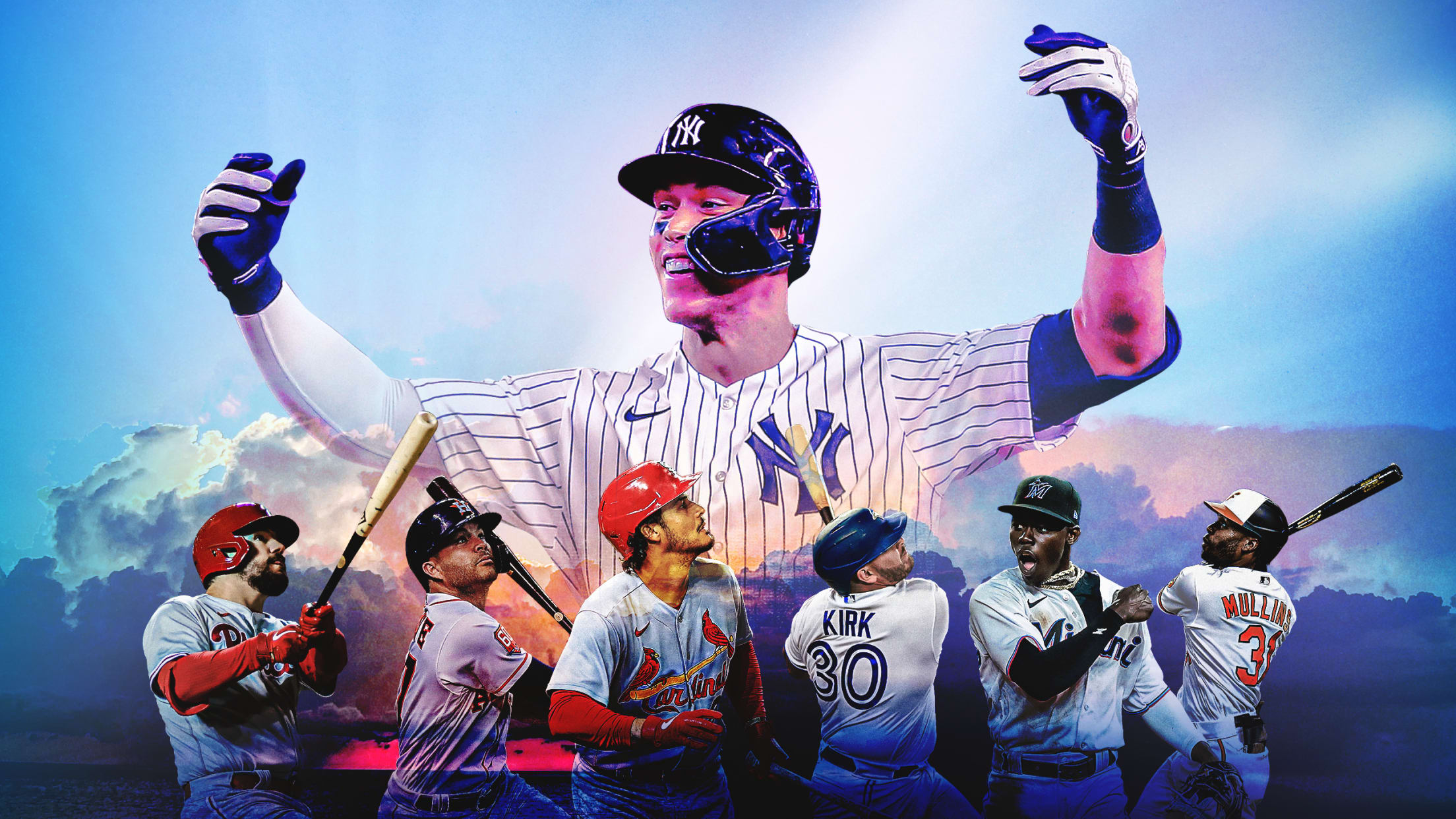 If Judge is even bigger than the average pro basketball, football or soccer player, which stars from those sports is he the most like?

We’re looking for the big, physical stars from the other major sports leagues — players who are the closest to Judge in their combination of size and elite performance.

There are some cool comps. Here are the most Aaron Judge-like superstars in the NFL, NBA and EPL.

Watt and Williamson are both tanks built for their roles in the physical NFL and athletic NBA. Judge is the same size as both of them. Picture him sacking the quarterback like Watt or slamming down a dunk like Zion. That’s what his size could let him do … if he weren’t using it to break home run records.

And van Dijk, who’s a beast on the pitch, might be able to bully opposing EPL attackers, but even he seems small compared to Judge.

Who else comes to mind when you think of the most physically intimidating superstars in other sports? Maybe someone like LeBron James in the NBA, or Aaron Donald in the NFL. Here’s how those two compare to Judge.

LeBron has Judge by a couple of inches, but Judge outweighs him. Judge is bigger than Donald.

Judge and his peers

Judge is the biggest position player in baseball. If you look at a chart showing the height and weight of every hitter in MLB in 2022, Judge is in the very top corner — the tallest, and the heaviest. 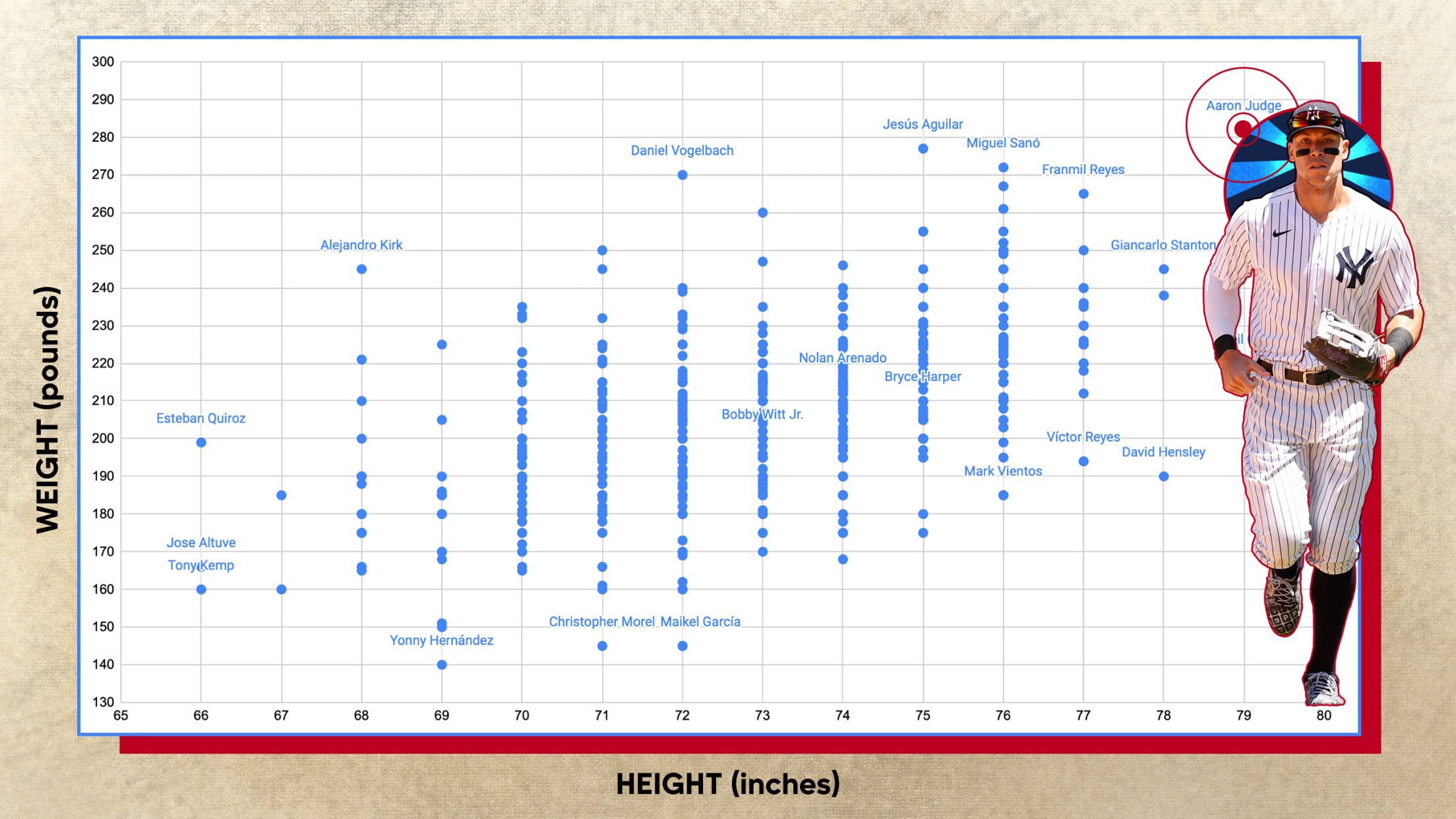 • Judge is the biggest center fielder in Major League history.

He’s the heaviest player to set foot in center field by over 20 pounds — the 260-pound Wily Mo Peña played some center field for the Reds, Red Sox and Nationals in the mid-2000s, as did the 260-pound Carlos Peguero for Boston and the Rangers in 2015. And he’s as tall as any center fielder ever. Walt Bond is the only other 6-foot-7 player to play center field in the big leagues, back in the early 1960s with the Guardians and Astros.

• Judge is also one of the biggest leadoff hitters ever.

He’s as tall as anyone to ever start an MLB game in the leadoff spot — Judge, Pirates rookie Oneil Cruz and Frank Howard in 1969 are the only 6-foot-7 players to bat No. 1 — and the second-heaviest leadoff hitter after Adam Dunn, who, at 6-foot-6 and 285 pounds, led off 15 games for the Reds in 2003.

But among his peers in Major League Baseball, Judge stands alone.